Black men were routinely raped by their gay slave owners.  The process was known as “breaking the buck.”  It involves perhaps the most heinous and atrocious acts known to man.

Buck Breaking was so successful that it was made into a “Sex Farm” where white men could travel from plantation to plantation feeding their sadistic, homosexual needs.
This excerpt was taken from Hidden Colors 4; The Religion Of White Supremacy.
Posted by Nu Planet on Sunday, 23 October 2016

A strapping black slave, who was defiant, and may stir up trouble, was beaten with a whip till bloody in front of his entire slave congregation. The slave owner, deathly afraid of an uprising, would cut down a tree and, with the help of the overseer, would then pummel the deviant “buck” into submission. Once the slave was worn down, the white master had the other black slaves force him over the tree stump where his britches would be removed and he laid fully exposed before the slave owner sodomized him. What came next caused fear and terror to ripple through every slave plantation across the plantation.

The master, drunk on blood lust, would explain to all strong, young black men that if they do not follow strict orders and comply with the whims of the overseer and the master, this too would be their fate. He removed his own clothing and proceeded to savagely sodomize the buck in front of his wife, family, friends, and children. He then invited his associates from other plantations to join in the ‘Nigger Festivities’.

For his plan to take effect, he would require the buck’s male child to watch, front row in the center, so he too could witness his father’s sexual demise and humiliation. Buck Breaking was the slave master’s very effective tool to keep all young black slaves from ever being defiant and taking revenge. It also frightened the mother’s and wives from ever giving consent to an uprising. 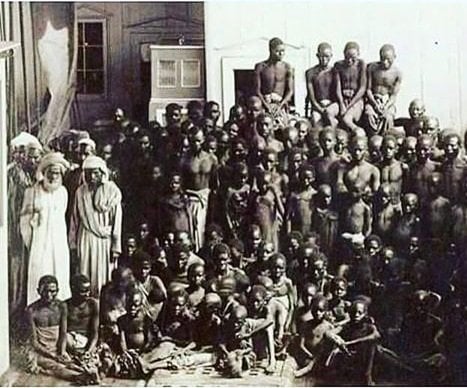 If there was ever any doubt that the white race is our mortal enemy, please remove all doubt and see the truth for what it is.

Those of us that do not learn from history are doomed to repeat it. Have you ever wondered how is it possible that so many black people yearn whiteness in spite of a brutal history to the contrary?

Did you know that during slavery in the U.S. gay white slave-holders would buy male slaves to engage in forced homosexual sex acts? These male slaves were purchase based entirely on the prerequisite of them possessing a large penis.

Have you ever wondered how is it also possible that despite this brutal history, whites are now perceived as being collective of the highest ethics and morals in human society?

Such a contradiction is almost inconceivable. Some may even perceive it as insane. But what explains such a profound contradiction? The answer to this perplexing question isn’t very difficult at all. The reason for this immense contradiction is not because black people are foolish or forgetful as some have stated.

The real reason for this grossly inaccurate favorable perception of whites is because the ruling class ‘whites’, have revised history. Black people have been deliberately miseducated to forget their historic brutal mistreatment committed by the white race and have been made instead to admire whites 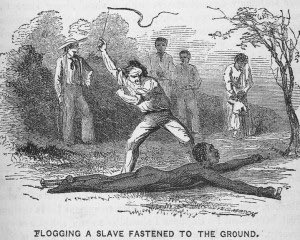 The versions of history given to black people were heavily revised to favor the agenda of the ruling white elites while hiding the true brutality of their crimes committed against blacks throughout history, and in doing so fostered an unrealistic sense of false patriotism used to manufacture black allegiance to a still racist white government.

From their established positions of power, the white race monopolizes all given information; and because whites are controlling most, if not all, the information given to black people, this allows them to therefore control and form the perceptions of black people.

The undeserving white loving mindset held by many black people is the intentional outcome of a massive deliberately designed psychological warfare program. This psychological conditioning process is being done to black students during their educational development wherein, which, they’re being miseducated to respect and admire white culture and achievements above their own. 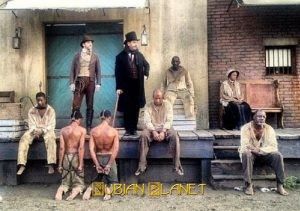 While labeling all other races as being savages they have in fact been the most brutally savage throughout history. They alone are the most arrogant and the only race predisposed to racism; all other races have been their enemies or their victims. Their subjugation, murder, and exploitation of all other races are unparalleled. They possess a brutal history consumed by unrivaled racism, as well as unjustifiable wars and crimes against humanity.

Prominent Western scholars have always found it necessary to revise history erasing African people from all significant events of the world and while making their race appear more relevant and less inhumane. They deliberately disseminate all information that historically and presently implies their white superiority while withholding and suppressing all information that refutes it. As long as it is whites that are exclusively writing the educational curriculum and keeping the scores on the societal scoreboard they will always give black people that fraudulent misinformation that implies black inferiority and their false white superiority. It is a method of control used to maintain white dominance by means of mass manipulation. Since information directly influences our thoughts then this process allows them to control our thoughts.

Timbuktu Was Once Africa's City Of Gold