Black service members are “substantially more likely” than white service members to be punished in four out of the five branches of the U.S. Armed Forces, according to a new study published by military advocacy group Protect Our Defenders.

Data obtained by the organization through the Freedom of Information Act revealed that black service members were as much as two and a half times more likely than their white counterparts to face court-martial or nonjudicial punishment in an average year. The disparity is notable, considering white service members make up the largest racial group in the military.

These results raise questions about about discrimination among military officials responsible for disciplining service members, Protect Our Defenders said in a press release.

Retired Col. Don Christensen, the group’s president and former chief prosecutor of the Air Force, claimed that military leaders are aware of the racial disparity and have done nothing to address it.

“Top brass has also vigorously opposed any suggestion that the commander-controlled justice system is hindered by conflicts of interest or bias and has gone to great lengths to tout the fairness of the system,” he said in a statement. “However, the military’s own data raises serious challenges to the idea that the system in its current form is capable of delivering impartial justice.”

Along with the report, Protect Our Defenders called on Congress to launch an investigation into any potential racial bias in the military’s justice system and to provide recommendations to resolve the issue. Every military branch except the Coast Guard responded to the FOIA request for the study. Each branch provided different sets of data that spanned from 2005 to 2015, so comparing racial gaps between the service branches is difficult.

According to the analysis, data from the Air Force revealed some of the highest rates of racial disparity in the military justice system, with black airmen 71 percent more likely to face court-martial or nonjudicial punishment than white airmen.

The only complete years ― 2014 to 2015 ― provided by the Navy showed that black sailors were 40 percent more likely to be sent to court martial.

The report found that across all branches, black service members were substantially more likely than white service members to face military justice or disciplinary action. POD also found that these racial disparities have not improved, and in some cases have gotten worse in recent years.

“Protect Our Defenders calls on Congress to investigate these new findings, and provide recommendations for fixing this problem that affects every branch of the Armed Forces. Military leadership has been aware of significant racial disparity in its justice process for years, and has made no apparent effort to find the cause of the disparity or remedy it. Top brass has also vigorously opposed any suggestion that the commander-controlled justice system is hindered by conflicts of interest or bias and has gone to great lengths to tout the fairness of the system. However, the military’s own data raises serious challenges to the idea that the system in its current form is capable of delivering impartial justice.”

Read more about the report at: http://www.protectourdefenders.com/disparity Christensen told USA Today that the military’s lack of diversity may be to blame for the apparent racial disparity.

White service members make up the largest proportion of the military at 70 percent, according to a 2015 report by the Department of Defense. Black service members make up 17 percent of the military force. Those proportions are similar for active-duty officers: 77.2 percent of officers are white while 9.1 percent are black, according to the 2015 report.

“If you look at the leadership of military it skews very dramatically white and male and you would imagine that the closer relationships will be with white male subordinates,” Christensen told USA Today. “Hence they probably get the benefit of the doubt that the African American males don’t.”

The Pentagon did not immediately respond to a HuffPost request for comment but a spokesman told veterans news site Task & Purpose that the Department of Defense will review Protect Our Defenders’ report. 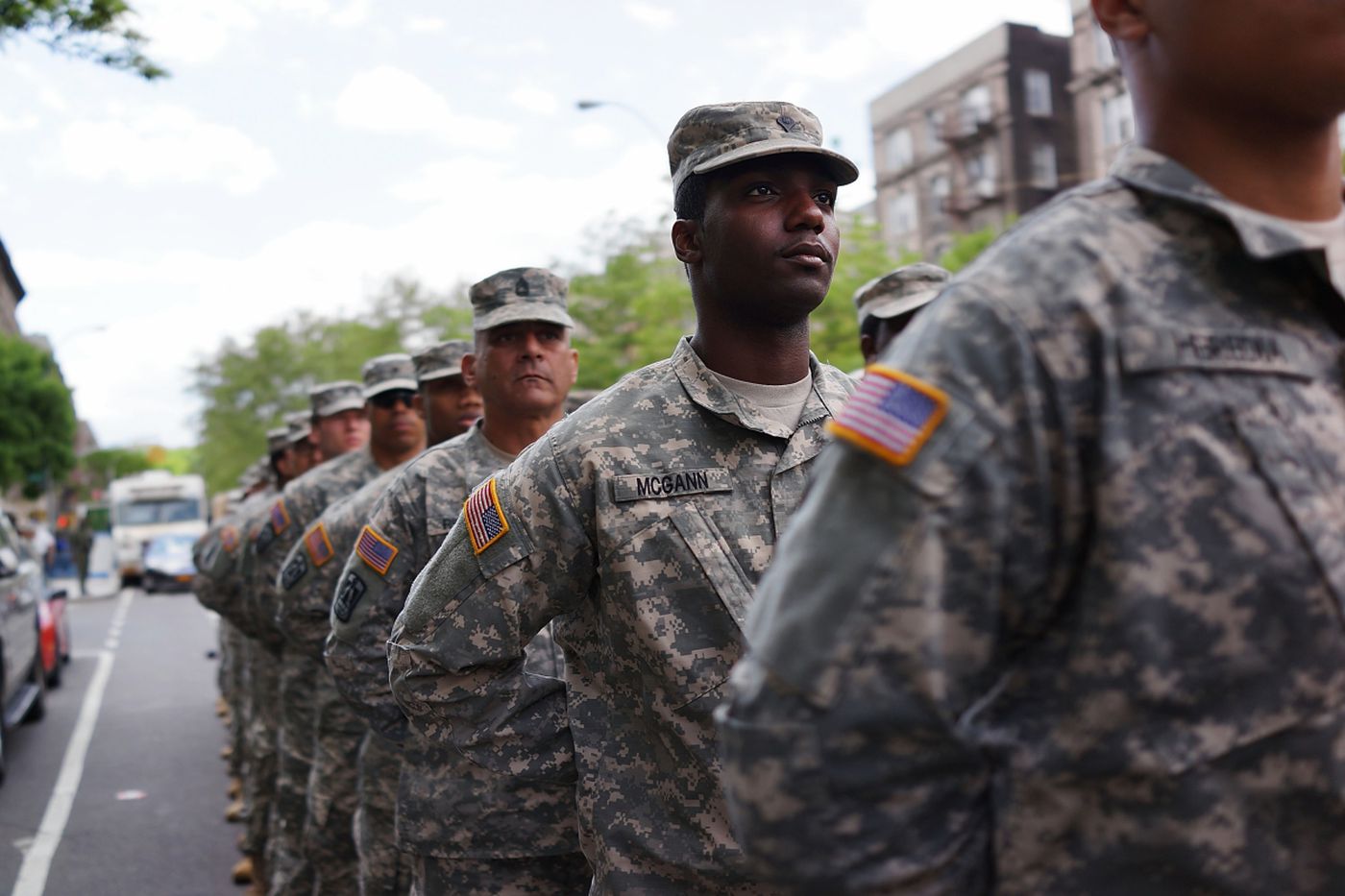 “It is longstanding Department of Defense policy that service members must be afforded the opportunity to serve in an environment free from unlawful racial discrimination,” Pentagon spokesman Johnny Michael said in a statement sent to the news site.