by kikileelee
in Africa, News
0

These two countries (Ghana and Ivory Coast) are the kings of cocoa, but of the $100 billion chocolate products raked globally they got just $8 billion.

ABIDJAN, COTE D’IVOIRE. Chocolate is one of the world’s most popular sweet treats, and in 2014, the global retail sales of chocolate confectionery were nearly a staggering $100 billion. 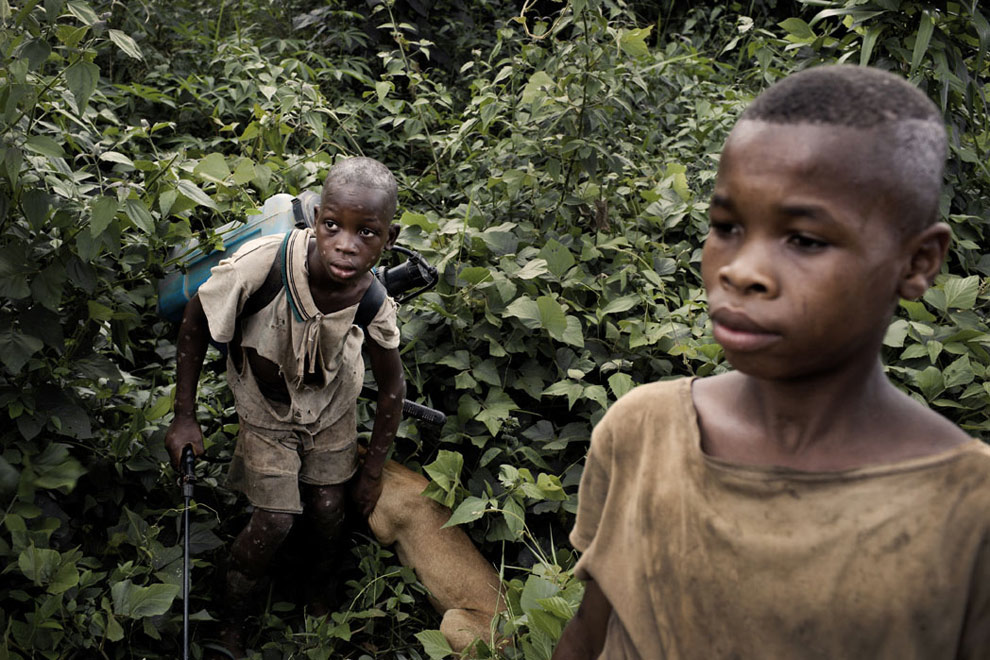 Ivory Coast and Ghana are the world’s number one and two producers of cocoa beans and together account for nearly 70% of the world’s cocoa production.  But the two earned just over $8 billion in cocoa exports. In the global value chain for chocolate, the value is skewed heavily in favour of processors, marketers and distributor: cocoa growers receive just 6% of the price that consumers pay for chocolate. African-processed chocolate accounts for 2% of global chocolate sales.  But Ghanaian president John Dramani Mahama, and his Ivorian counterpart Alassane Ouattara, are proposing an “OPEC for chocolate” one delegate proposed a catchy name for it: “CHOCPEC”.

The two leaders are also looking to drive a rapid increase in investment of local processing of chocolate so that their countries can reap a bigger chunk of the global chocolate trade.

Child Labour and Slavery in the Chocolate Industry

The farms of Western Africa supply cocoa to international giants such as Hershey’s, Mars, Cadburys and Nestlé; revealing the industry’s direct connection to the worst forms of child labour, human trafficking, and slavery.

The Worst Forms of Child Labour

As the chocolate industry has grown over the years, so has the demand for cheap cocoa. On average, cocoa farmers earn less than $2 per day, an income below the poverty line.  As a result, they often resort to the use of child labour to keep their prices competitive. 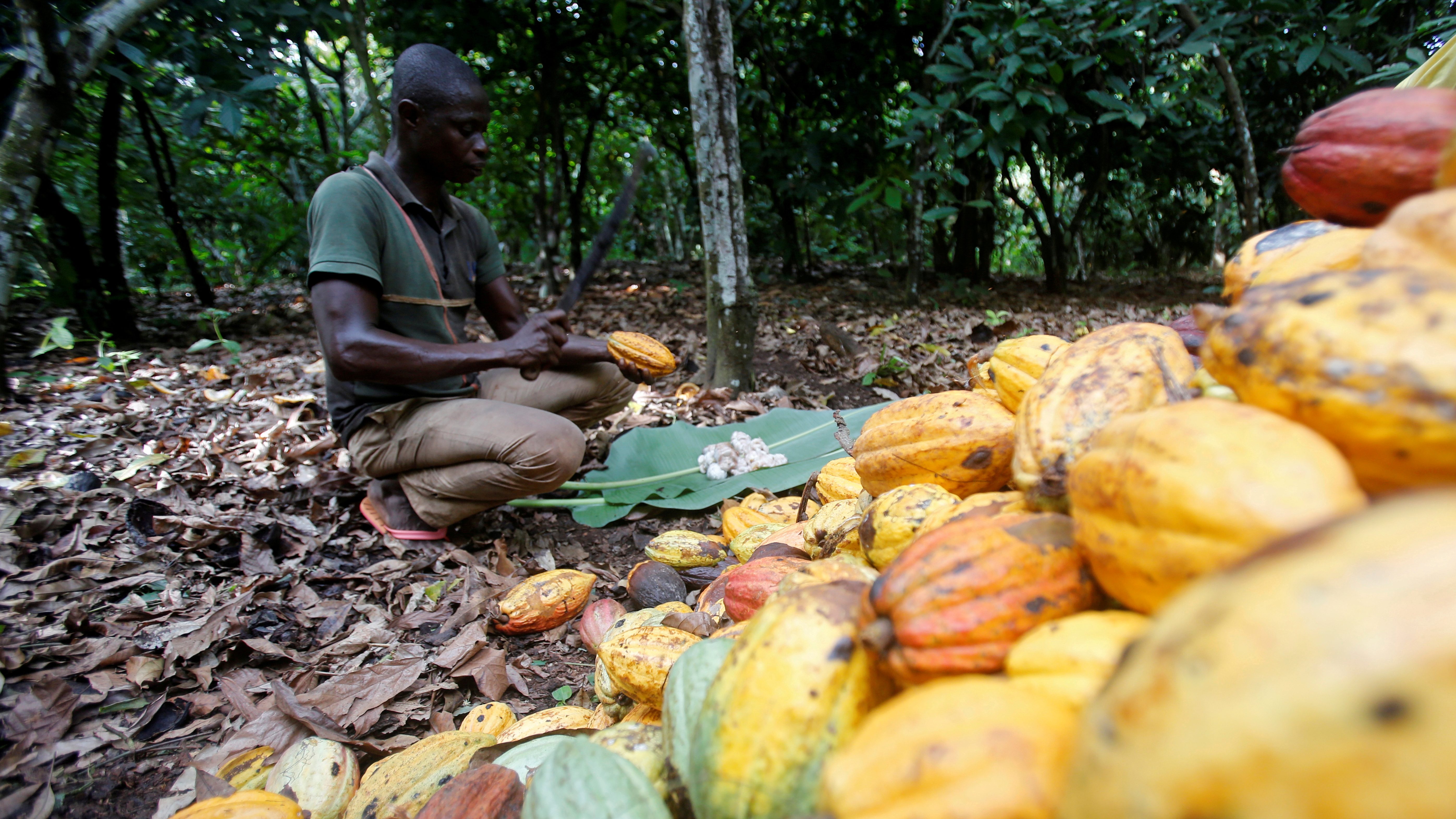 The children of Western Africa are surrounded by intense poverty, and most begin working at a young age to help support their families.  Some children end up on the cocoa farms because they need work and traffickers tell them that the job pays well. Other children are “sold” to traffickers or farm owners by their own relatives, who are unaware of the dangerous work environment and the lack of any provisions for an education.  Often, traffickers abduct the young children from small villages in neighbouring African countries, such as Burkina Faso and Mali, two of the poorest countries in the world.  Once they have been taken to the cocoa farms, the children may not see their families for years, if ever.

Most of the children labouring on cocoa farms are between the ages of 12 and 16, but reports have found children as young as 3.  In addition, 40% of these children are girls, and some stay for a few months, while others end up working on the cocoa farms through to their adulthood.

A child’s workday typically begins at six in the morning and ends in the evening.  Some of the children use chainsaws to clear the forests.  Other children climb the cocoa trees to cut bean pods using a machete. These large, heavy, dangerous knives are the standard tools for children on the cocoa farms, which violates international labour laws and a UN convention on eliminating the worst forms of child labour.  Once they cut the bean pods from the trees, the children pack the pods into sacks that weigh more than 100 pounds when full and drag them through the forest. 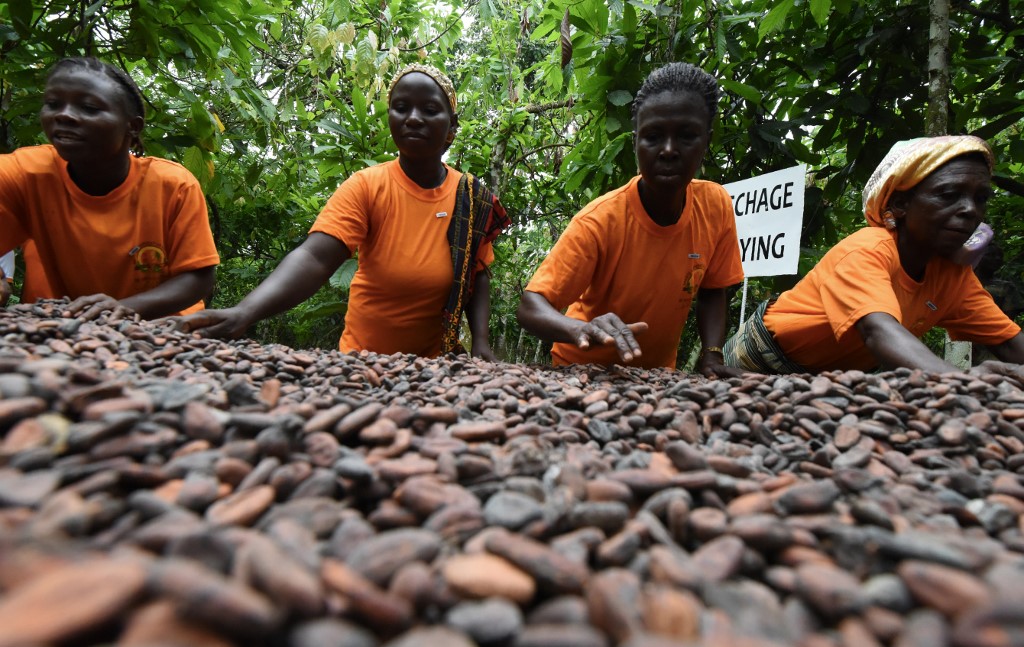 Aly Diabate, a former cocoa slave, said, “Some of the bags were taller than me. It took two people to put the bag on my head. And when you didn’t hurry, you were beaten.”

The truth is that consumers today have no sure way of knowing if the chocolate they are buying, involved the use of slavery or child labour. There are many different labels on chocolate bars today, such as various fair trade certifications and the Rain-forest Alliance Certification; however, no single label can guarantee that the chocolate was made without the use of exploitative labour.

In 2009, the founders of the fair trade certification process had to suspend several of their West African suppliers due to evidence that they were using child labour.  Chocolate companies, however, continue to certify their products to tell consumers that they source their cocoa ethically.  But in 2011, a journalist investigated farms in Western Africa where major chocolate companies buy cocoa. He filmed illegal child labour on these farms, including those certified by UTZ and Rain-forest Alliance. Despite the industry’s claims, child labour still plagues cocoa farms in West Africa.

Multiple government and Non-Governmental Organisations programs have been developed, attempting to address the root causes of “the worst forms of child labour” and slavery in West Africa. However, the success of these efforts will depend greatly on the genuine support or lack thereof from the chocolate industry over the coming years.