THE ANCIENT EGYPTIANS WERE COLONIES FROM ETHIOPIA AND OSIRIS WAS THE LEADER OF THE COLONY OF ETHIOPIANS WHO FOUNDED EGYPT.

by Awake
in Africa
0

The Kingdom of Kush

Share on FacebookShare on Twitter
Ancient writers also wrote that the “HIEROGLYPHICS” were “Ethiopian Writing”. The Pyramids should rightly be called ‘Ethiopian Pyramids” instead of “ Egyptian Pyramids”. The Ethiopian/Egyptian AMEN has been disguised as the mythological Greek Zeus.
The ancient Egyptians were called Ethiopians until modern European phony “Egyptologists and Assyriologists” came along and decided they needed to DE-AFRICANIZE, BLOT OUT and now WHITE OUT the Ethiopian origins of the ancient Egyptians and its civilization. The ancient Egyptians were colonies from Ethiopia having originated from the Blue Nile, Atbara, Tecazze, and White Nile Rivers. Civilizations were built around Rivers.
These Ethiopian Egyptians went on to find colonies in Syria, Chaldea, Palestine, Athens, and even Macedonia. Yes MACEDONIA. The Macedonians were originally Ethiopian Egyptian Colonies named for Osiris’ son Macedon.

Ethiopia is older than Egypt. Ethiopia was already an old established civilization while Egypt was still underwater from the annual inundations of the Niles.
It was the Ethiopians (Upper Nile Valley Africans, Sudanese, and Ethiopians) who founded Egypt and it was the many Ethiopian Rivers that made Egypt. THE ETHIOPIANS WERE THE EGYPTIANS AND THE “EGYPTIANS WERE ETHIOPIANS who were the first colonizers and were the first to spread civilizations and the worshipping of Gods throughout Africa, Asia, and Europe.
What Europeans call “Egyptian Civilization, we should rightly call “Ethiopian/Sudanese Civilization”. The ancient Egyptians were Ethiopians and Sudanese. There is evidence that the Kushite word ASU is the origin of the word Asia where the ASU were the inhabitants on the East Banks of the Nile. 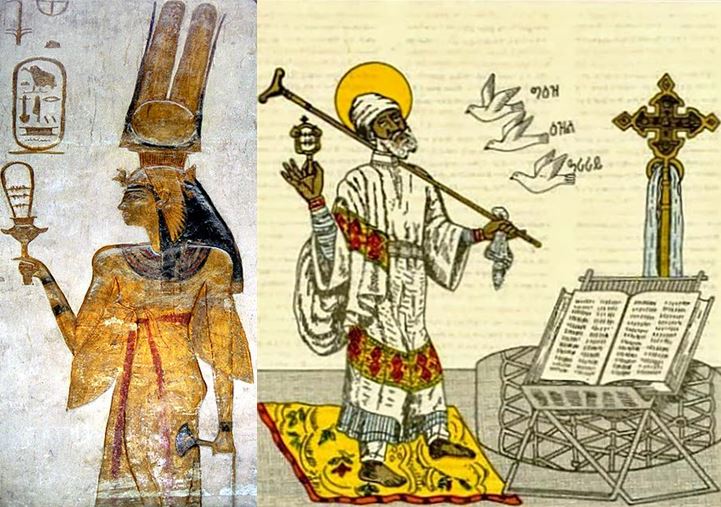 Asia in the mind of the ancient simply meant those living on the Eastern side of the Nile meaning the East African were themselves the original Asians. In other words, the first Asians were indigenous native East African. Then as they spread across the Red Sea and expanded their colonies into Assyria, Palestine, and Phoenicia, the ancients continued to call them Asians.
The very word SUDAN may be related to the word ASU which is why they are called the ASUWADI, which in Arabic means “BLACK.” We talk about the Ethiopians and Egyptians, but we leave out the Sudanese. The SUDANESE ARE THE CRITICAL MISSING LINK.
Tags: ancient egypteast africaegyptethiopianred seasudansudanese