These are some of the name changes Egypt underwent throughout it's civilization.

by Awake
in Africa, History
0

Share on FacebookShare on Twitter
During Egypt’s prehistory before the Dynastic Egypt period, Egypt was called 6 different names.
1. Ta-Seti = “Land of the Bow” since the time of the Bushmen people also called Ba-Thwa = People of the Bow and Arrow the VB Niger-Congo 1 = Bantu people. The country was then ruled by the Scorpion Kings, who wore the red crown, also referred to as the Scorpion Crown, whose colour was red.
2. It was called Kemet = Land of the Black, by Kings like Narmer Ka Menes, 1300 BCE, who was the first King of Dynastic Egypt.
3. Then it was called called “Hikapta” by Copts during the period before the Greek invasion of Alexander of Macedonia, son of King Philip of Macedonia. Hikapta = King Ptah’s mind [ thoughts ], which means Egypt is the product of Ptah’s [ mind ] thoughts. For example, ” Hiksa = Shepherd King , Ka = mind [thought ] , Ptah = He who forms out of clay.”
Hik = King, gives you Hiksa, Helenized to Hyksos = Shepherd King. Please note, I use the word” King ” for purposes of clarity because the Egyptian word for King is ” Intef “. So Hik = Chief is the proper name. Because Ptah, Chief of ” Gods “. So, the Hyksos = Shepherd Chiefs ” because the Hebrew Dynasty were called Hyksos.
4. The Greeks called it “Aegyptos” a corrupted form of Hikapta.
5. The Arabs until the late 1800’s still called it the “United Arab Republic.”
6. Then for political reasons changed it to Egypt , the Anglicized form of the Greek “Aegyptos.”
These are the name changes Egypt went through. 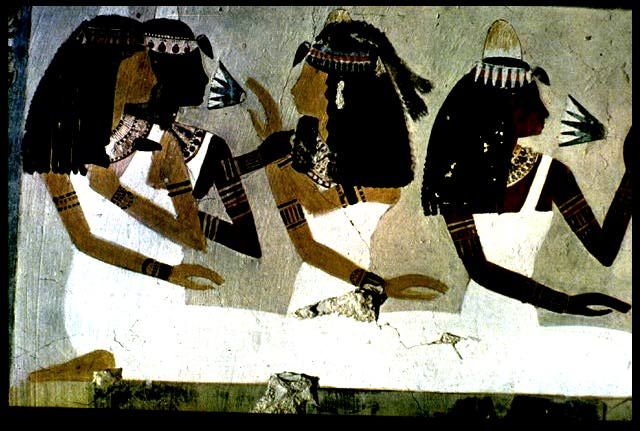 The Hebrew word for Egypt is Mizraim. This is the word in the Hebrew Bible. The Septuagint is the Greek translation of the Hebrew Bible, and it was created beginning around 300 BCE in Alexandria, the Greek city in Egypt. Greek word is Aigyptus.
Ancient Kemet was conquered by foreign invaders- the Persians in 6th BCE. The NT was written in the 1st CE, composed in Greek. When it was translated into English word became Egypt. The modern state of Egypt was founded in 1953, but the word was in continual use as it originates from the ancient city of Memphis in the Nile Delta. The ancient Greeks used that name in their documents for the entire region because that was city they were originally most in contact.
Thus, the Kemetic name – Het-Ka-Ptah- House of the Spirit of Ptah, which for the Greeks became Egypt is much older than 2,000 years. One could say once the ancient Greeks began more established and using the word Egypt in their writings for Kemet around as in the writings of Homer -9th-8th BCE. But the name is much, much more ancient.

Contrary to what we have been led to believe by Europeans, the word “Egypt” is older than the Hebrews, the Greeks, and Christ. So we should never look to these late comers for the origins of the words “Egypt” and “Ethiopia”. The truth is both “Ethiopia” and “Egypt” are very ancient indigenous African Nile Valley words of Khemitic and Kushite Origins.
The Ethiopian, Egyptian and Eritrean reckoning of the world is that the world began 5493-5492 years before Christ and both the name “Egyptus” and “Ethiopus” were already ancient indigenous African names of “actual people” in the African Nile Valley long before either the Greek, Hebrews, Israelites, or Christ. The Hebrew People are the Blue Nile River People who were called the Habiru because the name of the Blue Nile was “Habi” which led to them being called the “Habiru”. In this case the Habiru = Hebrew = Habishah are older because it is the Blue Nile (Habi) that gave life to Egypt meaning the Hebrews themselves were indigenous ancient African Nile Valley People from the highlands of Ethiopia and Eritrea.
Tags: aegyptosegypthikaptata setiunited arab republic