For one of the rare times ever in judicial history and added strangeness surrounding the case of Bill Cosby – his wife, Camille Cosby is being forced to testify against her husband. Any who’s watched crime dramas long enough know that generally a spouse can’t testify. But for some odd reason the belief is that Camille Cosby is either aware of her husbands (Bill), sexual transgressions including the alleged sexual assaults.

This recent court case has only 7 of the original forty something women who came forward. The subpoena for Mrs. Cosby seeks to only depose her instead of having her testify in trial. But to what end? Legal experts have said because of this precedent, the law is now ‘looser’ to force her to testify about her husband. “New York City-based matrimonial law attorney Jacqueline Newman said. “Her deposition may give rise to material evidence, even if her testimony itself is not admissible.”

“The right to depose a witness and the right to use that testimony in court are separate and distinct.” According to U.S. Magistrate Judge David H. Hennessy, who denied the Cosby’s motion to block the subpoena. 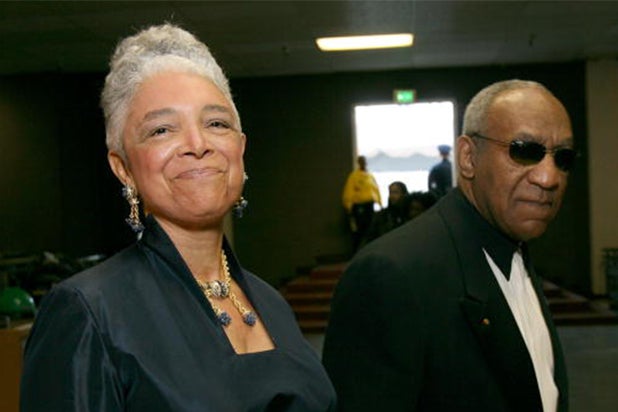 This itself has a conflicting tone, you can’t testify against your spouse unless the evidence gained from it can be used in court? But that’s the whole point, not being forced to testify against your spouse for that one single reason! In respects to Mrs. Cosby, she has been trying to fight testifying against her husband, citing the ‘martial disqualification law’ which decrees, “In any proceeding, civil or criminal, a witness shall not testify as to private conversations with a spouse occurring during their marriage.” Yet some will tell you that this isn’t what it means, according to Newman, “This is not a spousal privilege law. Rather, it is a ‘disqualification’ rule which speaks only to a party’s competence to testify,” she said. So now it seems that lawyers can interpret that law the way they need to in to suit their needs.

Additionally, Camille Cosby has been Bill’s manager for years, this may be a glimpse into why the judge denied their request to dismiss the subpoena. Which makes this even more strange is, if Camille was to invoke her Fifth Amendment rights, she could be held for civil liability. So, damned if you do and damned if you don’t, at this point. Essentially Camille’s use of the Fifth Amendment could be used to sue her later down the road, as if she is somehow now in collusion with her husband. This whole case has been tangled with judicial selectiveness and interpretation.

In the new papers, Mrs. Cosby argues, in part, that her husband’s accusers plan to publicize “intimate details of her marital life” that might be revealed in the deposition.

“In his Order, the Magistrate has suggested that the Plaintiffs may ask Mrs. Cosby about the most intimate details of her marital life, including her husband’s sexual ‘proclivities’ … Plaintiffs had made clear that they will publicize all such testimony,” Monday’s court papers read. “A trial objection will do little good if the private and intimate details of her marital life are discussed during the deposition and released to the media thereafter.” (Tim Kenneally, The Warp)

This whole things has more fishy business than a fish market at 4:00 am. Yet somehow the entirety of the case seems to be banking on that fact that Mrs. Cosby will shed light on her husbands sexuality, which will somehow fit the bill from the stories of the accusers. What woman in their right mind would want to speak about HOW she and her husband have sex? One of the most intimate moments in any relationship are now up for interpretation and discernment of the court.

This shameful precedent will set the tone for future cases, probably ones involving black couples.

The case itself is a lawsuit by accusers including Tamara Green, Therese Serignese and others, who allege that the TV legend defamed them with statements denying their claims of sexual impropriety and assault.

How is this defamation? If someone said you beat them up and blacked their eye, yet you couldn’t be arrested for it because of the lack of evidence. We can now say that you could be sued if you publicly said that you are innocent, and by default calling them a liar. This is not defamation, this is you proclaiming your innocence. But wait, he’s already guilty though…

There’s a rotten fish somewhere stinking up the case and regardless of our personal opinions, we have to let the facts remain facts, and not turning laws into policies we can interpret to fit a case according to the prosecutions needs.

To be forced to speak about the sexual activities between you and your husband to me sounds like when they try to railroad women who have accused men of rape, not the actual spouse of the accused. Sounds more like these women don’t have a credible story, and instead are seeking to see if they can make a correlation between sex between a man and his wife, to several women whom claimed they were first drugged then raped. No man would drug and rape his wife? Give us a break, save that fish fillet and lets get back to the facts in this case.

How Black Twitter Phenomenon Is Actually A Joke In Itself! Blacks Don't See It

“THOSE” Children – The Most Destructive Beings On Our Planet

Donald Trump to Black Voters: “What The Hell Do You Have To Lose?”

The United States Of Racist AmeriKKKa Done It To You Again!