Colin Kaepernick Responds To Coons Who Call His Protest Dumb

Colin Kaepernick has taken a lot of heat from protesting the flag and the national anthem. His ambition was to start conversation, which he did; but maybe not the conversation that he hoped would be started. It appears that the coons came out left and right to put him down, for standing up for black people. We’ve heard everything from Mayweather saying, “Man. Just stand up.” Reminds me of a scene from Kunta Kinte, where the ‘mentally enslaved’ slaves were telling Kunta to say his ‘slave’ name. One thing his protest has done, was to outline the overwhelming number of Black celebrities and entertainers who will not even entertain the thought of attacking white supremacy head on. Perhaps they would rather see Black people rioting and gain nothing.

Colin Kaepernick said it was “disappointing” to hear Supreme Court Justice Ruth Bader Ginsburg’s recent criticism of his National Anthem protest. Ginsburg had told Yahoo News that Kaepernick’s decision not to stand for the “Star-Spangled Banner” to call attention to racial injustice is “dumb and disrespectful.” She likened it to flag burning and said that while it’s not illegal, “it’s a terrible thing to do.” 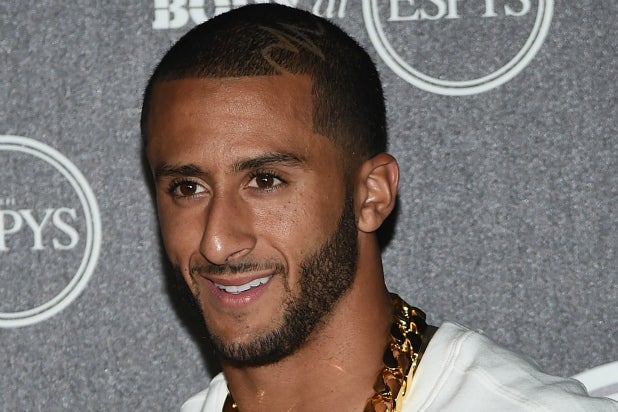 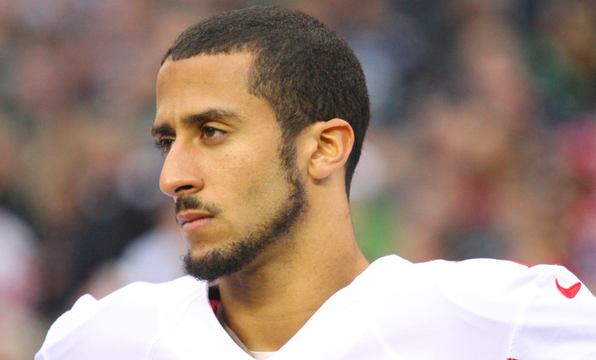 Kaepernick told reporters on Wednesday that “it is disappointing to hear a Supreme Court justice call a protest against injustices and oppression “stupid, dumb” in reference to players doing that.”  Kaepernick also said that people are getting way too caught up in the flag. “At the end of the day, the flag is just a piece of cloth and I am not going to value a piece of cloth over people’s lives,” he said. That’s just not something I can do, it’s not something I feel morally right doing and my character won’t allow me to do that.”

Kaepernick may not have been the first player to refuse to stand for the National Anthem. He and other pro’ athletes have been refusing to stand for months, to call attention to brutality against minorities and other issues affecting black people. The movement has even spread within sport in high schools and colleges, with athletes taking a knee, sitting or raising their fists in solidarity. “I am not going to stand up to show pride in a flag for a country that oppresses black people and people of color,” Kaepernick said in August. “To me, this is bigger than football and it would be selfish on my part to look the other way. There are bodies in the street and people getting paid leave and getting away with murder.”