by nubianpride
in Celeb Gossip
2

Share on FacebookShare on Twitter
The Influence Music Has On Fashion – Music & Fashion: Flo Rida
Flo Rida is the stage name of Tramar Lacel Dillard. Tramar is born on December 16th 1979 in Opa Locka, Florida. This American Rapper has been rapping since he was 8 years old.

Flo Rida was raised together with his 7 sisters in one of the dangerous neighborhood in Miami, Carol City. Even though he was raised in a stable home environment, he was still having a hard time to redraw himself from the streets. 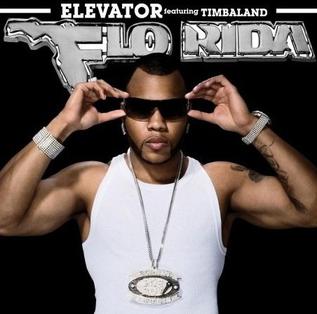 R.O.O.T.S is abbreviated to Route of Overcoming the Struggle, which was referred to his trip to the African Burundi in 2008. The 1st song of the album was “Right Round” and made it to be number 1 in the pop charts in the United States as well as in the United Kingdom. In the Netherlands, the song landed on the 3rd place in the pop charts.

In 2010, the 3rd album was released: Only One Flo. This album contains the song “Club can’t handle me”, which was received very well all over the world and scored high in the pop charts. This was in collaboration with the well known French DJ, David Guetta.

In the mean time Flo Rida had been very active. He had been invited to perform on events, TV-shows and collaborated with other musicians. Among other songs, the collaboration had led to the release of the songs: “Where them girls at” from David Guetta also featuring Nicky Minaj, “Hangover” from Taio Cruz, “Goin’ in” from Jennifer Lopez and “Troublemaker” from Olly Murs.

Flo Rida had been nominated for diversity of awards. So far he had received 6 awards. For the song “Low” with T-Pain, he received awards for the “Choice Hook-Up” at the Teen Choice Award in 2008 and for the “Favourite Hip Hop song” at the People Choice Awards, also in 2008. For the song “Running back” with Jessica Mauboy, he received awards for the “Highest Selling Single” at the ARIA Music Awards, the “Urban Work of the Year” at the APRA Awards and the “Single Release of the Year” at the NT Indigenous Music Awards. This all happens in 2009. In 2013, for the song “Wild Ones” with Sia, Flo rida received an award for the “Best Rap Hip Hop/Dance Track” at the International Dance Music Awards.

As an artist, entertainer and performer, Flo Rida has to dress and represent himself well. Every performance or occasion is different. Therefore every outfit has to be suitable. His choice of clothing for his performances is mostly in the trend of street fashion, which is perfectly suitable for him as a rapper. However Flo Rida also likes to wear button down shirts or polo shirts. Dependable on the occasion or event, he also likes to wear blazers and suits. Eventhough those type of clothing is not what you will expect a rapper would wear, but it will give the man a total different look and image. The clothing will still look good and cool on him and show people that there’s more to him than just being a rapper.

I guess, when it comes to showbiz, image is everything.