When a black boy fell into a gorilla pit, the internet broke when the zookeepers choose to annihilate the gorilla due to child safety concerns, which is understandable to the logical mind. People are more important than beasts of the wild. I love animals and try to respect and appreciate all life. But there is no way I will justify anyone who believes that gorilla not being shot and further endangering that boys life. Can you imagine if they didn’t kill the gorilla and something really horrible happened to the child because of it? I don’t even want to think about it.

But what is interesting is that black people from all over social media have joined up with white people on the view that the zoo didn’t have to kill the gorilla. “That’s the same thing they would do to a black man.” No it isn’t. Black people are sadly mistaken if they believe that they are treated as good as white people’s pets. Truth is, their pets have much more value than you do. In fact, white people are outraged at the fact that the gorilla was shot. They would rather have put the poor little black toddler’s life in further danger by taking a chance on the whim that the gorilla may have been protecting the child. The truth is, we have no idea what was going through that gorilla’s mind when that boy fell into that cage. He certainly was petting him, nor was he cooperating with the zookeepers like how another gorilla did when a boy fell into a gorilla cage.

This gorilla didn’t seem to like people and he could have been thinking, “I have a human boy now and no one is getting him back.” This gorilla exhibited a different mental pattern than a previous gorilla in another similar incident where that gorilla was actually protecting and comforting the child. This gorilla dragged the kid around the gorilla cage like a rag doll. He could have been saving that child for a meal. We don’t know.

It is important that black people note that the gorilla is in no way like a black person. He is a strong beast and not human for starters. He is not treated like a black person other than he is caged. Not because he is hated, but because he is a dangerous animal. Any similar treatment a gorilla receives that is reminiscent of how black people get treated is definitely for different reasons. Does anyone not remember the terrible hurricane “Katrina,” where animals were rescued instead of black families? Or where they give black people terrible sentences when found guilty of animal cruelty and not white people? That gorilla is nothing like a person, much less a black person, and though you don’t know it, the gorilla does.

When a white child fell into the gorilla pit, the gorilla immediately starting petting it and took the mother role of making sure other curious apes could not get to it. That gorilla cooperated with authorities and made sure the child was returned to safety. 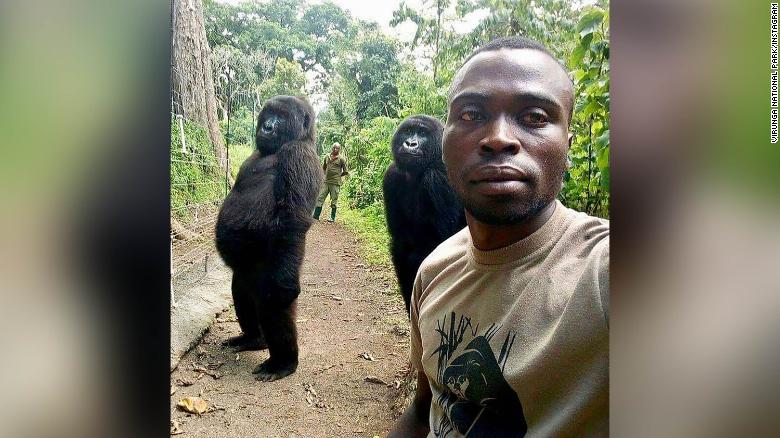 The gorilla knows it has more in common as far as features and looks with a white person than a black person. He will care for a white child like it is his own. He may protect a black baby, but he certainly won’t care for a black person like he will a white person. So that gorilla is more white than you are. Facts! 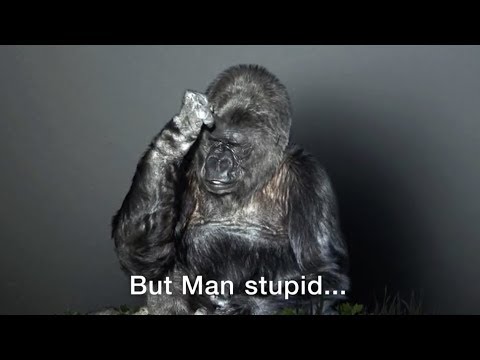 As for the parents being bad parents, this conversation disgusts me! Because any time we had this conversation about a white couple who let the same thing happen, bad parenting was never even bought up, by anyone. These internet trolls signed a petition to see that the parents are investigated and prosecuted for child neglect when none of this happened before. Wake up people! You are being played. At the end of the day, that gorilla is just an animal. I would take that black child’s life over this gorilla any day of the week and feel that the zookeepers made the right call on this one. The white lady who shot the video was emotional and even started crying at the notion of the fact that the parents were bad people. She said the family was “normal” and after telling the boy he couldn’t see the monkeys, he had slipped away on his own. Typical child behavior. 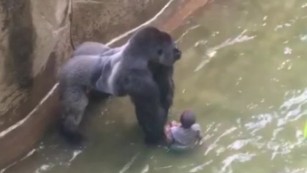 They did the humane thing. Too bad a gorilla had to die but there are more out there. And even if there wasn’t, who cares. At the end of the day, we have the benefit of being human and the responsibility of valuing human life more than a dumb animal. RIP ape!