It appears Bill Cosby is finally breaking his silence regarding the raping allegations against him. Cosby has said that he only expects black media to uphold the standards of excellence in journalism. Cosby also praises his wife, Camille, who he has been married to for fifty years. He praised her for how she is dealing with the allegations, then cut the conversation short, explaining that they did not want him talking to the media. Cosby has remained largely quite in the face of mounting abuse claims against him. Even the Incredible Hulk, Lou Ferrongou’s wife has come forth with allegations against him.
If you were black and you got offended when Bill Cosby said he was ashamed of black people, then you are out of touch. He has only reiterated what your grandparents and great grandparents were thinking. Most black celebs make the mistake of saying what would be held as politically correct. They usually stir to far one way. First, you have the Al Sharptons and Jesse Jacksons. These are the black leaders who fail to criticize black people enough. My thoughts, “nothing good will come of it.” Then you have the plain sell out people like Charles Barkley who identifies more with a killer who happened to kill a black child this time around and feels that George Zimmerman was innocent, not even knowing or researching everything that led up to the death of a minor named Trayvon Martin. Just because a black child seemed a little rough around the edges, this disgrace of a person, Barkley, feels that he deserved what he got. 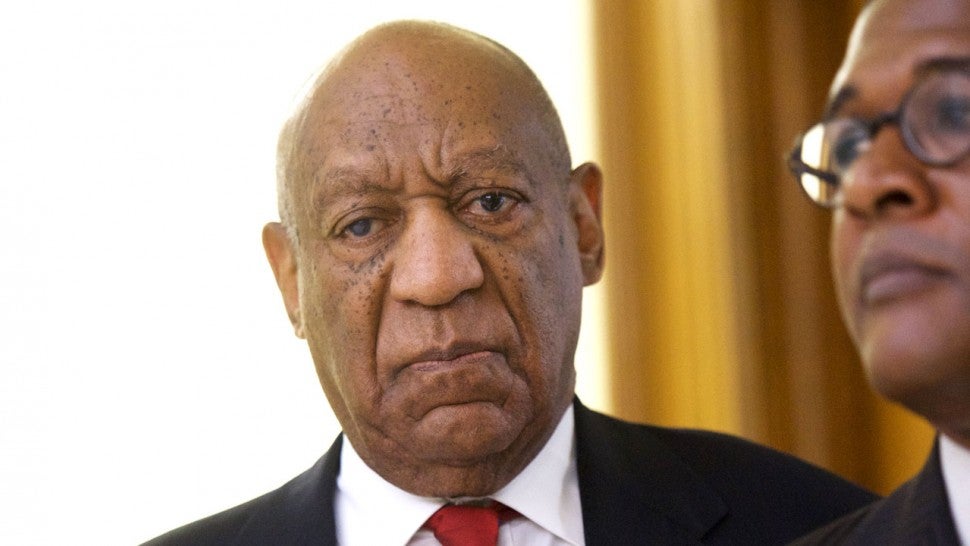 In fact, everyday in media concerning blacks, the celebrities say the most darndest things. We could blame their education. For instance, we know that Charles Barkley tries to sound collegiate and appear as the elite. But when he speaks we begin to realize that we are only listening to ‘dumb athlete’ who had game and luckily found his way to the NBA, beating out others more talented than him in the sport politics game, someone who didn’t realize that if life dictated things a little different, that he mine as well have been Trayvon. But this post isn’t about stupidity. It’s about reason.
Bill Cosby supposedly had a field day drugging women who were mostly white as part of an agenda to have sex with them, at a point in his career where he was in his prime. For decades, no mention of this until someone decides to put it out there. And as they do, more women line up to testify about his terrible behavior. It might be a little questionable when one person doesn’t report a thing like this right away. But when 20 women keep it hidden, it becomes exceptionally questionable. And what about all of the blogs saying that “Bil Cosby’s life is ruined,” or “Bill Cosby career is over.” These assertions lead me to the point of view that these incidents are strategically planned.
I don’t believe that Bill Cosby date raped any woman and I don’t blame him for not commenting about it. I don’t think I would either. I would look at it as something too malicious and petty to have to defend.  Something that is beneath me. It would have been easy for Bill Cosby to say he didn’t do it, but he chose to not even respond. I think the first thing the guilty would say, is that they were innocent and didn’t do it.

Bill Cosby didn’t rape anyone and Michael Jackson was no pedophile. This is yet another horrible attempt to degrade someone black based on status and wealth that has often been witnessed in America. Already, so many blacks are too eager to pass him over to the wolves and call him guilty. In my opinion, this is only testimony of how willing and eager black people are to throw each other under the bus when it suits them.

Make no mistake about it. We live in a day and age where the media has become a joke, like most blogs online. You can’t trust the stories and journalists have become so lazy or ambitious to say the least, to put out information before there is any time to research it. These days most blogs and magazines are either created on the philosophy of information that was not researched, gossip, or complete lies. So I’ll tell you what, when they actually find evidence other than testimonies that could be all lies and actually charge Bill Cosby as being guilty, then I will say that he could be guilty. Until then, as long as he was not proven guilty, how could I accuse him of anything? Ruined? How can someone be guilty of something they didn’t even get sentenced for? Let us all calm down about Bill Cosby being guilty. I don’t believe Bill Cosby was a rapist ever and I doubt that this will ever get proven in a courtroom. 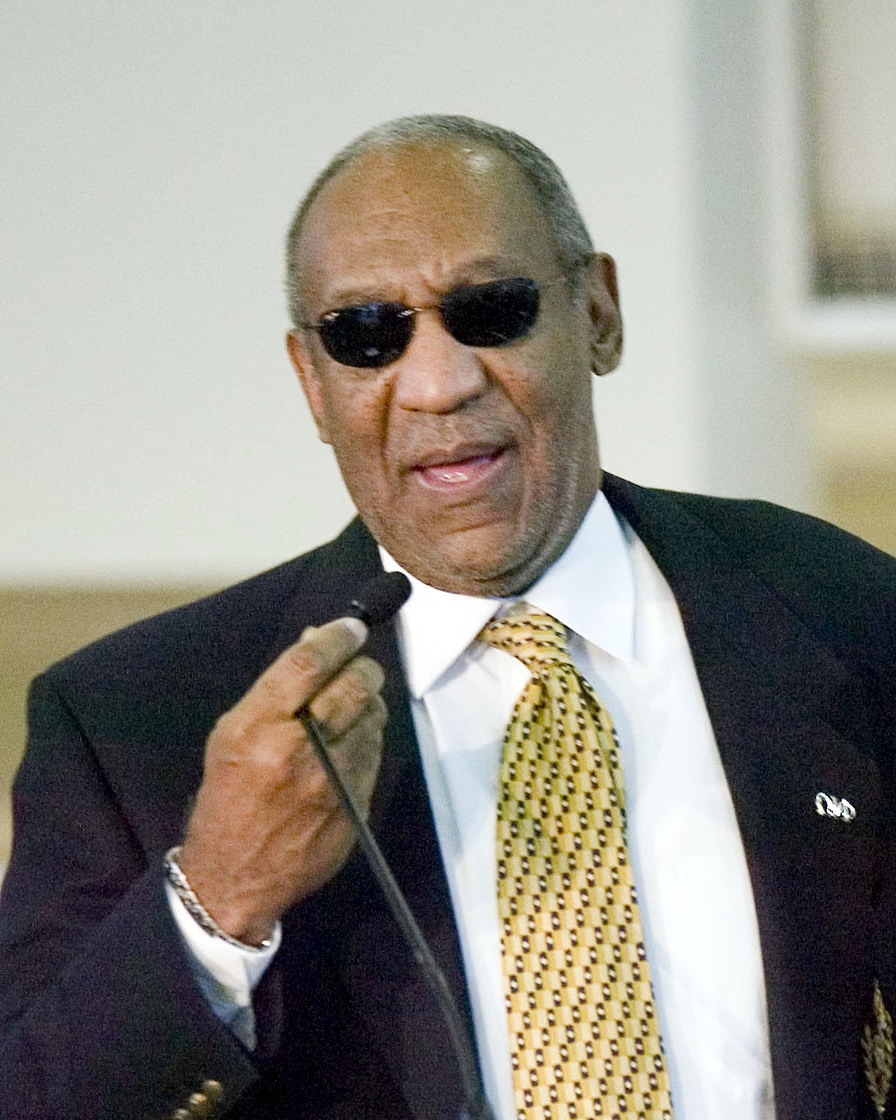 Cosby made the ultimate mistake of raising enough money to buy the network that his show previously rescued. NBC was in financial straits. Cosby led a group of black entrepreneurs that raised the highest bid to buy NBC. This bid was turned down for a lot of silly ‘reasons’. Once Cosby and his team attempted to question being rejected the old allegations started to resurface. Others joined in the allegations. This onslaught derailed what would have been a great historic accomplishment and would have given blacks equal power and access in main stream media.
Fast forward to today. Mr. Cosby has teamed up with the world’s richest and most powerful black men and women to create the ultimate equalizer in the entertainment industry. He and many leaders were creating a black owned worldwide film and media distribution company that would rival the top six studios in the world. This would mean more black movies. It would mean challenges to negative images of blacks. It would mean more black executives. Real money making positions and opportunities where we could legitimately compete in a fair and open market. This company was going to change the game. 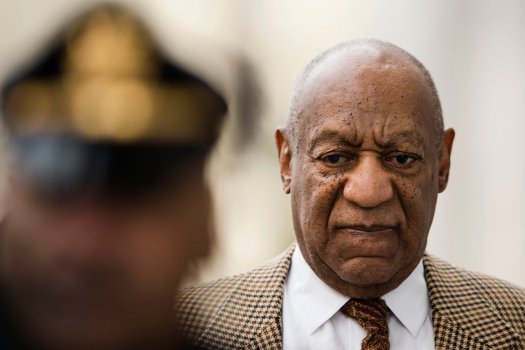 When is the last time ANY black man in history has drugged high status white women so that they could date rape them and haven’t gotten the electric chair? It is not because I am a fan that I don’t believe the allegations. It’s because the accusations are wicked and nothing adds up. It’s just funny how easy it is for black people to turn face and jump on the bandwagon that the man is automatically guilty. What is even more disconcerting is that I don’t believe this would even be a thing if this was about some random white guy. Where are people’s common sense?

Next we have to look at the statement that Raven made about Cosby, as it seems that social media is going out of their way to defame Dr. Bill Cosby.

With a throwback photo of herself on the show (which has also become a popular meme image), Raven writes, “I was NOT taking advantage of by Mr. Cosby when I was on the Cosby Show! I was practically a baby on that show and this is truly a disgusting rumor that I want no part of! Everyone on that show treated me with nothing but kindness. Now keep me out of this!“

Courtesy of http://www.eonline.com/news/599477/raven-symone-slams-disgusting-rumors-that-bill-cosby-molested-her-keep-me-out-of-this
I just wonder why it seems awfully obvious that media seems to be going out of their way to promote this. It seems deeper than the obvious “money for content” reasons. I probably shouldn’t say this, but I am thinking, conspiracy. Still don’t believe me? Now, The Incredible Hulk’s Wife has come forward with even more allegations. When will the nonsense stop?
Story here: http://www.usatoday.com/story/life/people/2014/11/20/two-new-bill-cosby-accusers-lou-ferrigno-therese-serignese/70011214/ ‘They’re standing on the corner and they can’t speak English. I can’t even talk the way these people talk…
Why you ain’t
Where you is
What he drive
Where he stay
Where he work
Who you be…
And I blamed the kid until I heard the mother talk.

And then I heard the father talk.
Everybody knows it’s important to speak English except these knuckleheads. You can’t be a doctor with that kind of crap coming out of your mouth.
In fact, you will never get any kind of job making a decent living. People marched and were hit in the face with rocks to get an education, and now we’ve got these knuckleheads walking around.
The lower economic people are not holding up their end in this deal.
These people are not parenting. They are buying things for kids. $500 sneakers for what??
And they won’t spend $200 for Hooked on Phonics.
I am talking about these people who cry when their son is standing there in an orange suit.
Where were you when he was 2??
Where were you when he was 12??
Where were you when he was 18 and how come you didn’t know that he had a pistol??
And where is the father?? Or, who is his father?
People putting their clothes on backward, isn’t that a sign of something gone wrong?
People with their hats on backward, pants down around the crack, isn’t that a sign of something?
Or, are you waiting for Jesus to pull his pants up?
Isn’t it a sign of something when she has her dress all the way up and got all type of needles [piercing] going through her body?
What part of Africa did this come from??
We are not Africans. Those people are not Africans. They don’t know a thing about Africa .
With names like Shaniqua, Taliqua and Mohammed and all of that crap, and all of them are in jail.
Brown or black versus the Board of Education is no longer the white person’s problem.
We have got to take the neighborhood back.
People used to be ashamed. Today, a woman has eight children with eight different ‘husbands’ — or men or whatever you call them now.
We have millionaire football players who cannot read.
We have million-dollar basketball players who can’t write two paragraphs.
We, as black folks have to do a better job. Someone working at Wal- Mart with seven kids… you are hurting us.
We have to start holding each other to a higher standard.
We cannot blame the white people any longer.
– Dr. William Henry ‘Bill’ Cosby, Jr., Ed.D. It’s NOT about color…
It’s about behavior !!!