No one is more skilled at killing Black people than other Black people according to judge Warfield Boulevard. You know things are really bad when a white judge has to point out the irresponsible and reckless behavior of Black people in the Black community, who march and scream how Black lives matter, while murdering and destroying the lives of other Black people everyday.

In hearing after fatal shooting on Warfield Boulevard, judge laments that black-on-black crime is getting worse.

Black men are more dangerous to other black men than white Klansman ever were, Montgomery County Judge Wayne Shelton told a man accused of murder this week.

Shelton, presiding over the preliminary hearing of Vincent Bryan Merriweather on Thursday, said he’s sick and disheartened by what he sees as a lack of respect for human life, especially among young black men willing to shoot at one another for little or no reason.

It isn’t the first time Shelton has expressed that sentiment that from the bench. Although he’s been saying “black lives matter” for years, he lamented Thursday that no one is listening.

“I grew up in a time where people wore white robes and they shot at black people,” Shelton said. “And now we see young black men wearing black hoodies shooting at black men — and doing much more effective job than the Klan ever thought about doing.”

Witnesses testified Thursday that Merriweather and two other men exchanged gunfire between their car and another before Antorius Gallion was fatally shot in the head while driving on Warfield Boulevard on Nov. 19.

Merriweather, 26, Cedrick Stacker, 23, and Marques Lamarr Kelly, 25, are all charged with homicide in the death of 22-year-old Gallion. Gallion’s brother and girlfriend were also in the car when wrecked near Raleigh Court.

According to Gallion’s brother and statements made to Clarksville Police Detective Chris Cunningham, the altercation began at a basketball game at Rossview Middle School when two of the men’s feet brushed in the stands. That led to a stare-down and argument.

Not the first lecture on violence

Shelton has seen such cases before, and given similar lectures comparing black-on-black crime to Klansman violence.

After two teenage brothers were accused of gunning down a young Clarksville man following a high school graduation party in May 2015, Shelton gave another stern lecture on black-on-black crime.

“What a horrible tragedy this is,” Shelton said at that hearing in June 2015. “Black lives matter.”

One of the suspects had just graduated high school and had a future ahead of him, as did the other two men.  “That life mattered,” Shelton said as the victim’s family sobbed. “That black life mattered to them, and it matters to me.”

Shelton said he was upset that the shooting may have simply stemmed from a reaction of perceived “disrespect.”

“That’s the absolute tragedy,” he said, adding that this type of crime was happening far too often in Clarksville. “It’s black men killing black men.”

In years long past, the Ku Klux Klan would kill black people who they thought were disrespectful, Shelton said.

“The Klan doesn’t exist anymore,” he said. “Who doesn’t care about black lives now? I’ll let you answer that. I’m tired of black men killing black men. If I offended anyone … I can’t help it.”

Not ‘the whitest man in the room’

On Thursday, Shelton had to take a recess after Merriweather’s hearing. He bound that case over to a grand jury and set bond at $500,000 bond. 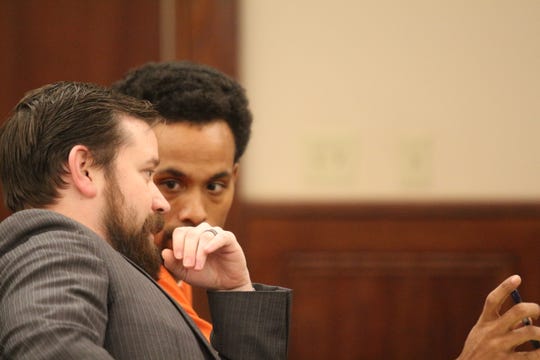 He later told The Leaf-Chronicle that while he “might look like the whitest man in the room,” he isn’t.

Shelton said his great-great-great-grandfather was a free man of color in the 1860s, and he is disgusted by what he sees as a lack of respect for human life, whether it be at the hands of a racist police officer or rival gang members.

“Black lives really do matter,” he said. “The total disregard of that fact by any in our society is totally reprehensible.”

Reach Reporter Stephanie Ingersoll at singersoll@theleafchronicle.com or 931-245-0267 and on Twitter @StephLeaf

Most Beautiful Black Women Is Flawless

Philadelphia Passes a Bill To Ban R Kelly? – But Is It Justified

The Nubian Black Women Is A Work Of Art