If Animals Of Different Species Can Become Family, Why Can’t Human Beings Of The Same Species?

In the jungle, lions, tigers and bears would not be able to coexist together. But under controlled circumstances, they could be a close family filled with love and happiness. So why can't we?

In the jungle, lions, tigers and bears would be natural enemies, each defending their turfs from each other and competing for food and resources. However, under controlled circumstances, these animals prove that they are a happy family.

Meet  Leo, Baloo and Shere Khan. They are unlikely brothers: a lion, tiger and a bear. 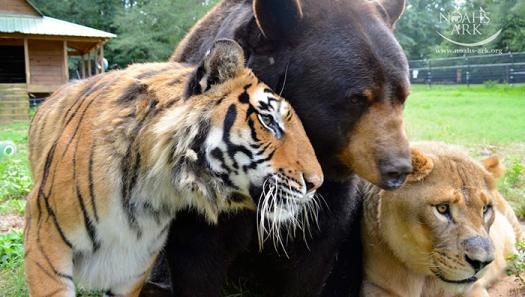 While humans have learned that when we manipulate the environment of animals, animals who would most likely be natural enemies, predators and prey of each other, can become the best of friends. That’s what is possible when different species of animals are placed together in controlled circumstances.

Their story is a touching story of animals who were all mistreated as cubs. They were beat while in their cages and malnourished. Once they were rescued, it was obvious the connection these animals had and that they preferred to remain together.

Unlike humans who learn to tolerate each other, these animals have been more successful in their relationship. They play with each other and they have genuine affection for each other. They are a family. 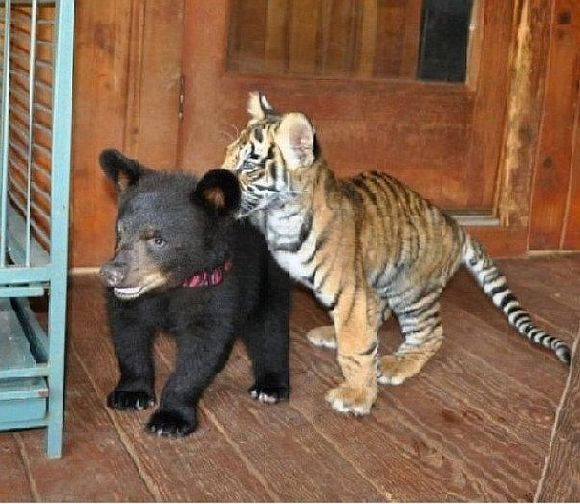 This is one of those wild scenarios where animals once again prove that they can be more humane than human beings.

The real punchline is that these animals can coexist even though they are a different species. Humans cannot coexist together when we are all part of the same species. SMH. 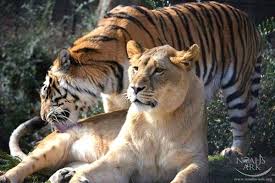 Sadly the lion has suffered liver disease and is no longer with his family. It’s safe to say that they probably realized his sickness far sooner than the humans based on heightened animal senses. They deal with his departure very well. They do honor him as they embraced and played with a statue memorial of their brother.

What Is A True Nubian Queen - The Definition