Michael Jackson prophesied the Bill Cosby incident and tried to warn us about how people in power use great control to manipulate the media. So why would these same people think it was acceptable that Bill Cosby wanted to by NBC? This is not acceptable behavior. The powers that be don’t like for black people to have any control over any media. That’s why Nubian Planet is a threat. It’s because we propose to do something bold that has never been done before, which is to bring black people together on black owned social media. But these powers have the masses so brainwashed, subconsciously, they are probably afraid to death of moving forward. We aren’t afraid of any repercussions because we stand behind what we believe in.

now I’m tired of bein’ the victim of hate
You’re rapin’ me of my pride. Although we don’t know the truth YET, HOWEVER  the pride of  ‘The Cosby Show’ being that perfect black family is being raped from us by the allegations against Bill Cosby. It is deeper and bigger than Bill Cosby himself. Just today, I saw a heading on cnn which read ‘Will you still watch ‘The Cosby Show’? that is how big it is.

When women from all corners of the nation start coming out of the woodwork all at one time as if it is their mission to destroy you, and end up succeeding, one has to ponder that, “hmmm, something seems fishy here.” It only took one comedian who was perhaps given a prestigious amount of money to make a joke, and the next day, women lined up to testify that Bill Cosby had raped them. Talk about your coincidences. I’m just shocked that not many people question how weird that was. The strategic method used here was child-like. Very easy to see through, and yet, the fans don’t question the coincidences. How odd.

Some women even admitted that they have no recollection of being raped, but were able to describe events with such clarity that happened during the moments they were supposedly taken advantage of. I can’t say that Bill Cosby is a saint because I don’t know about his personal life. Maybe he was a son of a bitch! But these allegations of raping these women scream out bogus. Once you consider the fact that all of these women had something to gain from sleeping with Bill Cosby, you start to think… this man was assassinated by use of modern media.

If you Google Bill Cosby’s name, you will find just about every disrespectful meme anyone could think to make of the man which are widely shared around the internet by black and white people as well as everyone else. The people or group behind his character assassination have proved that you don’t have to be smart to assassinate someone’s moral character when you are setting the stage with mass media. 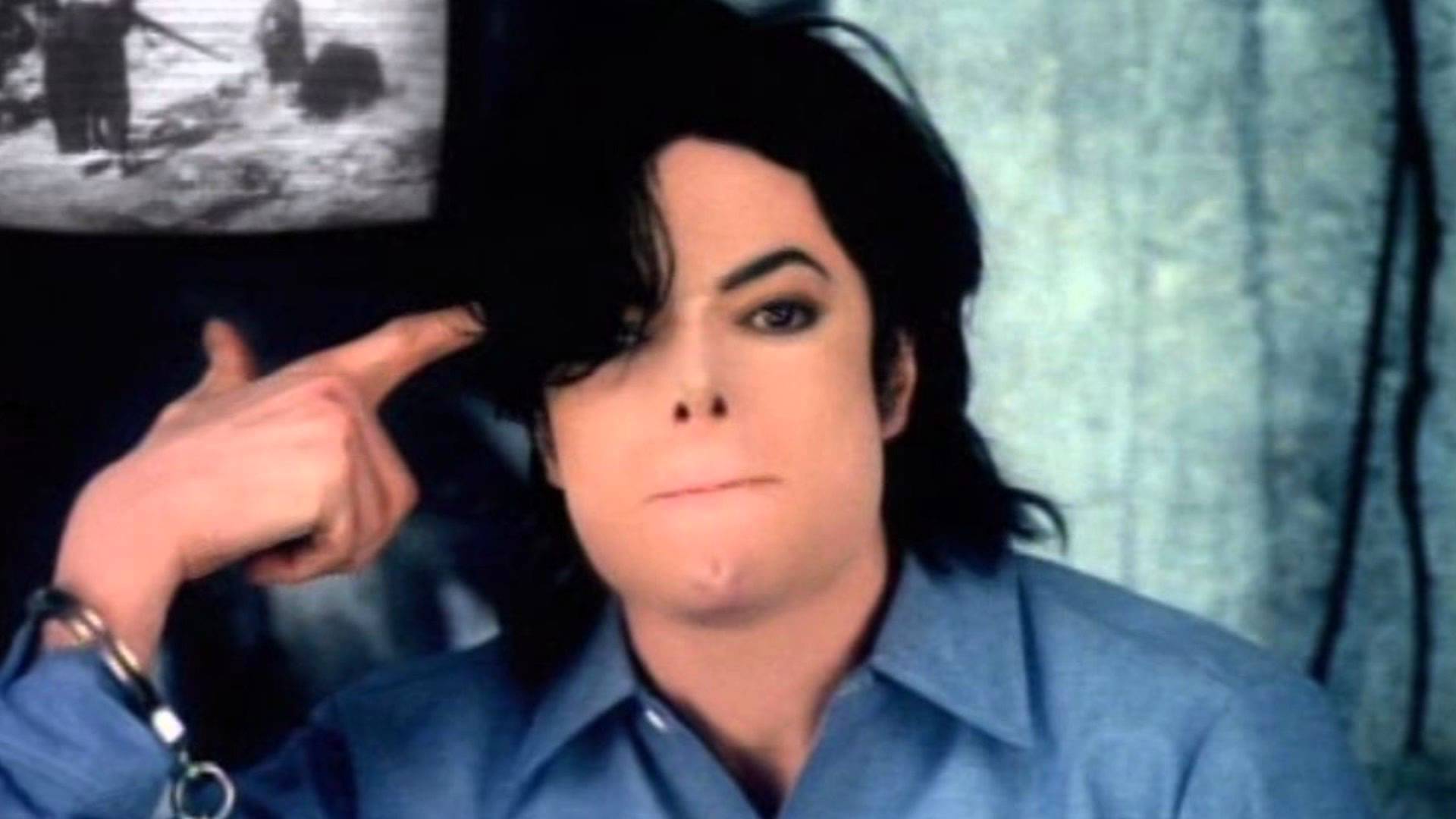 These people destroyed the most popular iconic personality of our time and perhaps any other time in the recorded history of man. Michael Jackson. Michael Jackson was known for his adoration for white children. He would let children visit and live with him until they got over sicknesses. Michael Jackson was child like which made him seem weird to many. So it was easy to, instead of painting Michael Jackson as a child, painting him as a monster! The same way they are doing Bill Cosby.

And just like Michael Jackson, when parents came forward and said they were destroying this man for the money, so has at least one model who said she turned down the opportunity to destroy Bill Cosby when she realized that was to be her assignment. In the 80’s. This may have been the time the Bill Cosby’s ideas surfaced about buying a major network. 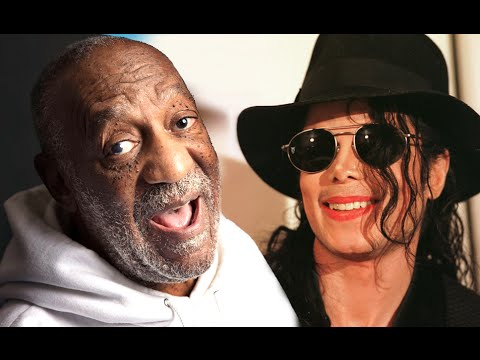 So why are these people so compelled to destroy the man? How will Bill Cosby be remembered?

I never seen a highly successful black entertainer die in high wealth, they got Whitney, they got Michael Jackson. I pray Denzel, Michael Jordan, Will Smith, and Oprah make it to the end without them throwing the book at them….

Not because he is black. At least, that’s not the only reason.

NY Times published an article on October 29th, 1992 entitled: THE MEDIA BUSINESS; Bill Cosby Trying to Buy NBC From G.E. Bill Cosby was negotiating a deal with General Electric Company that would give him ownership of NBC. Can you imagine what life would be like for black people if we controlled one piece of media that could represent black people more family and not like savage people? This would change public relations, employment, availability of black businesses, politics and so much more. Media is influence and influence is power!

Norman Brokaw, the chief executive of the William Morris Agency and Mr. Cosby’s personal agent for 30 years, confirmed yesterday that he had discussed Mr. Cosby’s intention to make an offer for NBC with Robert C. Wright, the network’s president.

Mr. Brokaw said he flew into New York last week expressly to meet with Mr. Wright. “I told him Bill is definitely interested in buying NBC, and Mr. Wright eventually said that NBC is not for sale.”

For more than two years, NBC has been the subject of continuing rumors that it is for sale, especially since its ratings have gone into a steep decline.

Mr. Brokaw said he and Mr. Cosby had decided “to fully pursue a deal” for NBC. He added that Mr. Cosby had met with his lawyer, Herbert H. Chaice, to discuss the details of the possible purchase.

Mr. Chaice, of the Manhattan firm of Patterson, Belknap, Webb & Tyler, said he had talked with investment houses about Mr. Cosby’s becoming what he called “one of a number of principals” in such a purchase. “It’s not likely that Bill will do the whole thing, nor would I consider it prudent that he try to,” Mr. Chaice said.

Mr. Brokaw said Mr. Cosby had held preliminary talks with “a couple of individuals” on being partners in an NBC takeover.

Neither Mr. Brokaw nor Mr. Chaice disclosed how much Mr. Cosby might be willing to pay for NBC.

But analysts said the asking price for NBC was likely to be about $4 billion. General Electric paid $6.5 billion when it acquired the network’s parent company, the RCA Corporation, in 1986. General Electric has since sold off RCA’s electronics divisions and acquired several other television properties, including the cable channel CNBC. 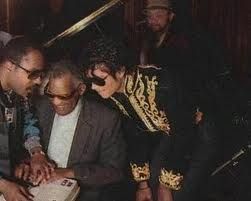 NBC never denied the possibility of selling the network to Bill Cosby and remember, this was back in the 90’s. Fast forward to now, and you have a well respected and influential businessman and black comedian with enough money and friends to make the deal go through. At least, that was before the scandal happened!

But Mr. Brokaw denied some news reports yesterday indicating that the deal was dead. “This is a real story,” he said. “Bill authorized me to come to New York and meet with Bob Wright.”

And Mr. Chaice said: “We understand they said NBC is not for sale. What inferences you can draw from that I’m not sure of. But in my mind, everything is for sale. It just depends on what the seller and buyer agree upon.”

As it has done in the past, NBC declined to comment on the possibility that the network might be sold.

But we know that the network has been consulting with others about the possibility of selling NBC.

Still, the rumors seemed at least to have inspired Mr. Cosby. “Bill kept reading about Barry Diller and Paramount,” Mr. Brokaw said. “He approached me a couple of weeks ago and said: ‘We’re been hearing about all these different people buying NBC. I want you to tell NBC we’re seriously interested.’ ”

Some financial analysts have suggested that General Electric probably does want to sell NBC. “There are really only two or three options for NBC,” said John Tinker, a media analyst for Furman Selz Inc. “They can try to rebuild, but the same team is still in place so that doesn’t seem to be the plan. The other option is to sell, but then you have book-value problems. So they’re left to fudge in the middle and every day NBC loses more value.” In fact, they had very good reason to sell their network… and who better to sell to than Bill Cosby. That deal is dead now. It won’t happen in a million years. Bill Cosby can’t buy NBC because the network would fail under his ruined name. And that’s exactly what certain powers that be wanted. Also, there is punishment. Punishment for even conjuring the idea of a black owned mainstream network. Black people shouldn’t be controlling any media. Not on a large scale.
Tags: bill cosbyconspiracymichael jacksonsex scandal