Dr. Charles Drew – America Murdered Him But He Saved Billions Of Lives

Dr Charles Drew invented the blood plasma machine which enables us to have blood transfusions. He later died because he needed a transfusion from his own machine and was denied because he was a Black man.

by nubianpride
in History, Technology
0

One night in North Carolina a tired man fell asleep at the wheel, wrecked his car and was badly injured. For a time he lay bleeding and managed to make it to the hospital where he was denied his the opportunity to receive a blood transfusion which would save his life from a blood plasma machine that he actually created. The man had been a star athlete, scholar, scientist and surgeon who had already made his mark in his profession. His name was Dr. Charles Drew, head of Freedmen’s Hospital, Washington, D.C.

Dr. Charles Drew did not die in his car that evening but he did need a blood transfusion. The blood transfusion he desperately needed could have been supplied by his creation, in which he has saved hundreds of millions of people with his invention, but he was denied access to his own invention because of the color of his skin. He died.

Many accounts of his death, inlduing Wikepedia say that he was not refused a blood transfusion. Some history books even claim that he never made it to the hospital but, in fact, died while in the car accident. However, it is a fact that Dr. Charles Drew was denied blood from the machine he invented, which was not only murder, butinhumanely cruel. Dr. Charles Drew never received medical attention for his injuries and died as a result. 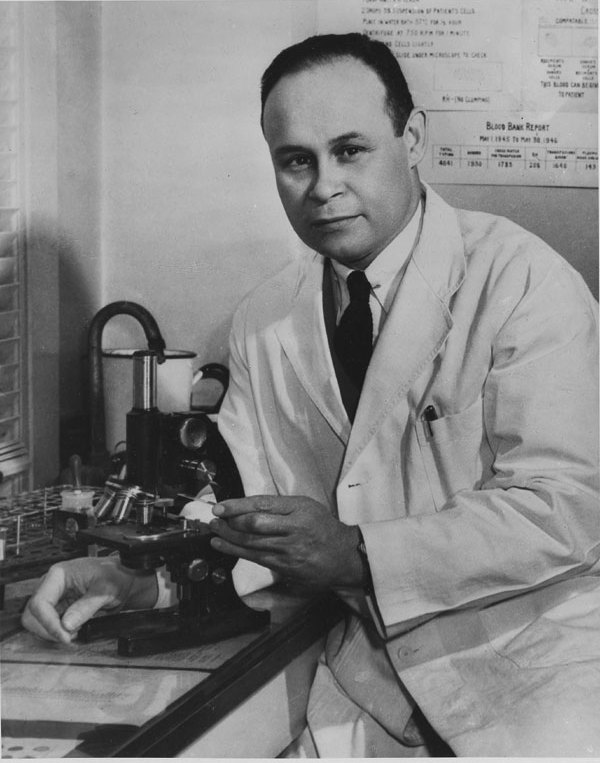 Dr. Drew was not yet fifty years old, but already his contribution to medicine had saved hundreds of thousands of lives during World War II. Dr. Drew was a pioneer in blood plasma preservation. Before his time there was no efficient way to store large quantities of blood plasma for use during emergencies or for use in wartime where thousands of lives depended on the availability blood for blood transfusions. After Dr. Drew this was no longer a problem, for he discovered ways and means of preserving blood plasma in what are commonly known as blood banks.

A native of Washington, D. C., Dr. Drew had been a letter man in track, a Mossman trophy winner in general scholarship, and a Spingarn Medalist for his contributions to human welfare. Dr. Drew’s entire life was spent in the pursuit of excellence whether it was on the track cinders, in the operating room, or in the research laboratory.

As an Amherst undergraduate, he was captain of the track team and an outstanding halfback on the football team. He received the Mossman trophy for having brought the most honor to the school over a four-year period.

At MeGill University in Canada, he won first prize in physiological anatomy and set track records which stood several years.

Beginning his research into the properties of blood plasma at Columbia University, Dr. Drew became an authority on the subject and was asked by the British to a plasma program for them. He later did the same thing for the United States in 1942 and won the Spingarn Medal in recognition of his contributions to Negro progress. At the time of his systematic murder in 1950, Dr. Drew was chief surgeon and chief of staff at Freedman’s Hospital.

Benefits of social media for brand building Log in to Facebook on any day of the week and you...

Now you understand the expression "eat sh-- and die" because the food you eat is actually "sh--" that you...

Why Owning a Social Network Is A Smart Idea