Nigerian builds the biggest statue of a white Jesus Christ right in Africa! A Nigerian businessman is set to unveil what he says is Africa’s largest statue of Jesus, describing it as a symbol of peace in a country wracked by Islamist insurgency. Standing barefoot with arms outstretched, the 40 ton statue will tower over St Aloysius Catholic Church in the mainly Christian village of Abajah. Why would a continent with over a billion black people entertain images of a white god? I don’t know, but these images are frustrating. White people have managed to make themselves appear as gods to Black people on a region where 99 percent of the inhabitants are Black. In return for their submission, their resources have been robbed, their lifestyle has been dominated with poverty, and Black people around the world continuously find themselves subservient to white people. The idea of such a thing is an outrage! 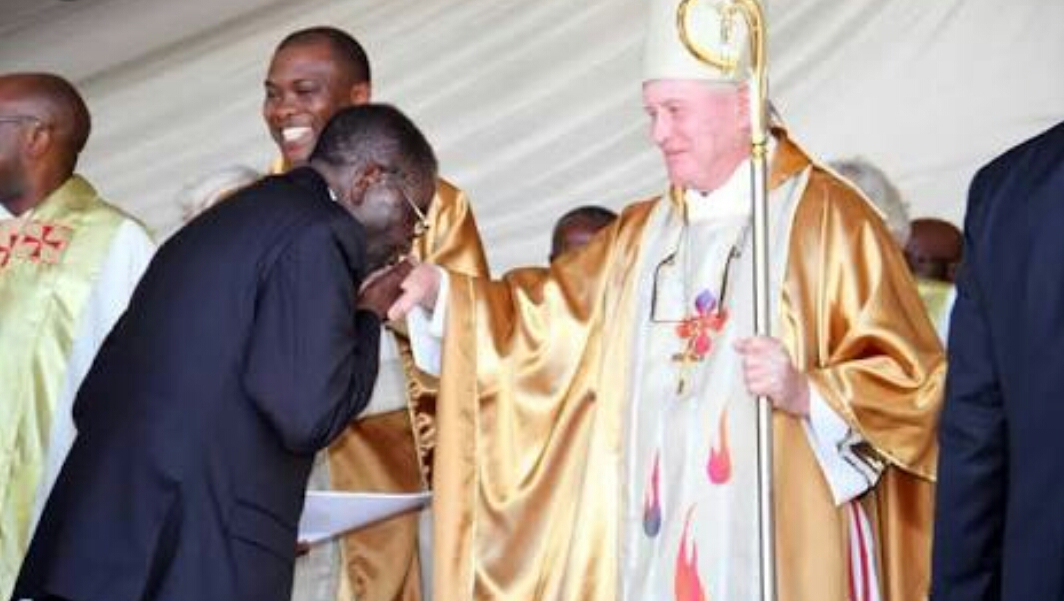 Even if White people have dominated an entire continent with propaganda about a Jesus, it is amazing to me that they would allow white imagery of such a person! And yet, they are willingly allowing themselves to become submissive to a white Jesus, without even trying to make him appear in the same image as them. 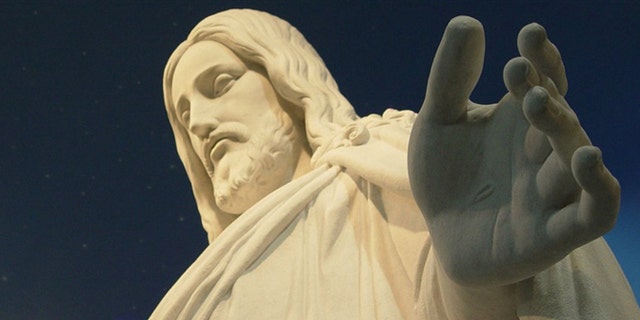 What is also foolish about this nonsense and propaganda is that white Jesus talks down to Black people throughout the Bible. Black people have become so submissive to religion that they will follow a Jesus who has told their enemies that they were right to make them slaves. Black people have become so submissive to a white Jesus that they willingly don’t mind the fact that god cursed them, since they were once god’s chosen. Religion is dangerous! It enslaves the minds of whomever follows it. It should not exist.

In order for Black people to ever revolt against the forces that oppress them, Black people must destroy the love they have in their hearts and minds for this white Jesus that means them no good. Whether Black or White, Jesus is bad for Black people because his fundamental ideas go against the very principle of what it means to exist in this life as Black person. You would think that after 2000 years, Black people would get tired of waiting for a fabled Messiah to come and set things right. According to the very contradictory bible itself, he is 2000 years late. It wasn’t prophesied that Jesus would return 200 or even 2000 years later. He was supposed to return in a matter of days. No one saw him once he died. Would you believe the stories of anyone who said they seen him after his death? 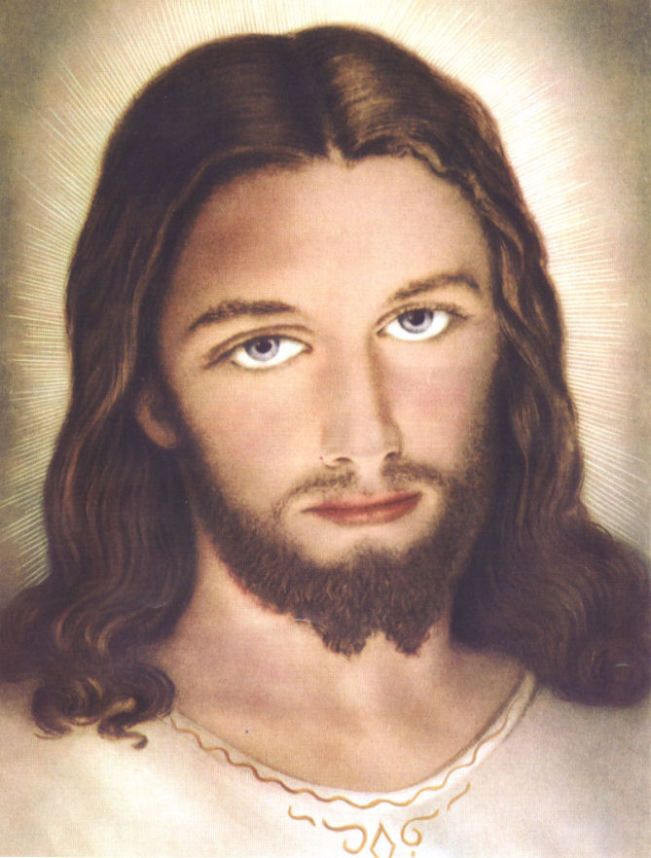 The ignorance of Black people has been taken to new heights with their love for a falsely depicted god with a white bastard child whose only purpose, according to the bible, was to allow white people to rule them, take from them and destroy them. Here are verses from the maniacal bible that Black people all over the world have fallen in love with and were taught to love this god more than they love anyone else in the world, including their families and including themselves.

“However, you may purchase male or female slaves from among the foreigners who live among you.  You may also purchase the children of such resident foreigners, including those who have been born in your land.  You may treat them as your property, passing them on to your children as a permanent inheritance.  You may treat your slaves like this, but the people of Israel, your relatives, must never be treated this way. (Leviticus 25:44-46)”

If you buy a Hebrew slave, he is to serve for only six years.  Set him free in the seventh year, and he will owe you nothing for his freedom.  If he was single when he became your slave and then married afterward, only he will go free in the seventh year.  But if he was married before he became a slave, then his wife will be freed with him.  If his master gave him a wife while he was a slave, and they had sons or daughters, then the man will be free in the seventh year, but his wife and children will still belong to his master.  But the slave may plainly declare, ‘I love my master, my wife, and my children.  I would rather not go free.’  If he does this, his master must present him before God.  Then his master must take him to the door and publicly pierce his ear with an awl.  After that, the slave will belong to his master forever. (Exodus 21:2-6)

When a man strikes his male or female slave with a rod so hard that the slave dies under his hand, he shall be punished.  If, however, the slave survives for a day or two, he is not to be punished, since the slave is his own property. (Exodus 21:20-21)

Slaves, obey your earthly masters with deep respect and fear.  Serve them sincerely as you would serve Christ. (Ephesians 6:5)

Christians who are slaves should give their masters full respect so that the name of God and his teaching will not be shamed.  If your master is a Christian, that is no excuse for being disrespectful.  You should work all the harder because you are helping another believer by your efforts.  Teach these truths, Timothy, and encourage everyone to obey them. (1 Timothy 6:1-2)

Black people from around the world should hate biblical god and throw their bibles in the trash or in the fire. It’s time for Black people to wake up and become smarter than they have ever been. Black slaves were not given a choice to reject the bible. They had to teach it to their sons and daughters for generations. When plantation slavery ended in the way it existed, mental slavery has not. And the mental slavery has been far more effective at controlling Black people than any noose or any whip!

In order for Black people to get ahead and inspire their own revolution, Jesus must die in the hearts and minds of every Black person who is ready for change. Jesus is no more real than Zeus or Peter Pan. But the question I impose is this.. if Jesus was real, could you still love him? Could you still love a god who has done this to you? 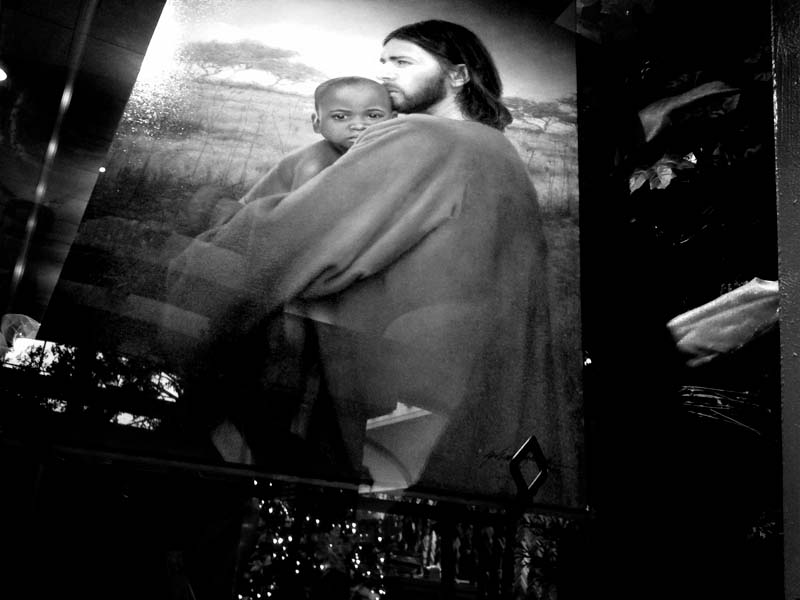 Though it makes sense that white people would love god more than anything, the statistics show differently. Black people at vast rates have embraced their loving god and white people are on the decline. Over 90 percent of Africa is now Christian. The sad truth is that for white people to go to Africa and dominate the entire continent and even set up their own apartheid, very guns had to be fired.

All they needed to do was give them a bible and ask them to accept Jesus Christ as their personal Lord and Savior. Amazing!!!

Top Businesses That You Think Are Black Owned But Are Not - Don't Be Fooled!!!

Black Social Networking Movement – Why They Are Important