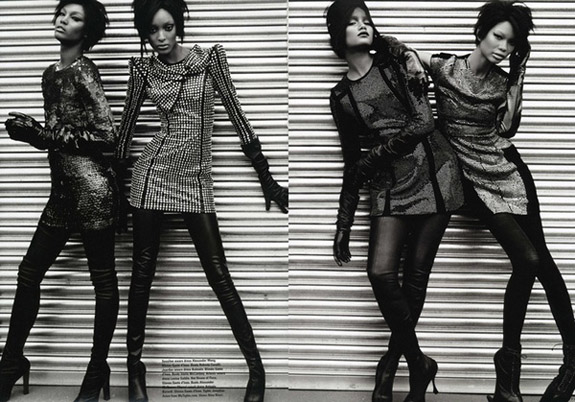 Nubian black people created fashion. Street fashion is when people express their attitudes of dressing with style, but this style is purely for the streets. Since the beginning of fashion, fashion has always started in the streets. That’s how we have created our best ideas and most interesting styles. Street fashion comes from the grassroots and has nothing to do with studios or large corporations trying to push the next style on the market. Street fashion is dressing from the soul and it breaks all the rules of fashion. It stems from a subculture which transcends from the youth and spreads to the fashion market. Once the fashion industry begins marketing the ideas and designs, it spreads within the mainstream market and that’s essentially how new fashion trends and ideas are born.

Street style has become a major part of the runways, as the fashion industry spends tons of money marketing fashion to the youth culture. Once this is done effectively, trends bloom within the fashion market and if marketed successfully, the new lines of fashion tends to sell like hot cakes. Today’s youth are highly conscious of their presentation and how they appear in the clothes that they wear. For this reason, there is not just one line of street fashion, but it appears that every culture and class of people have embraced their own type of street fashion.

Street Fashion – Society On The Move 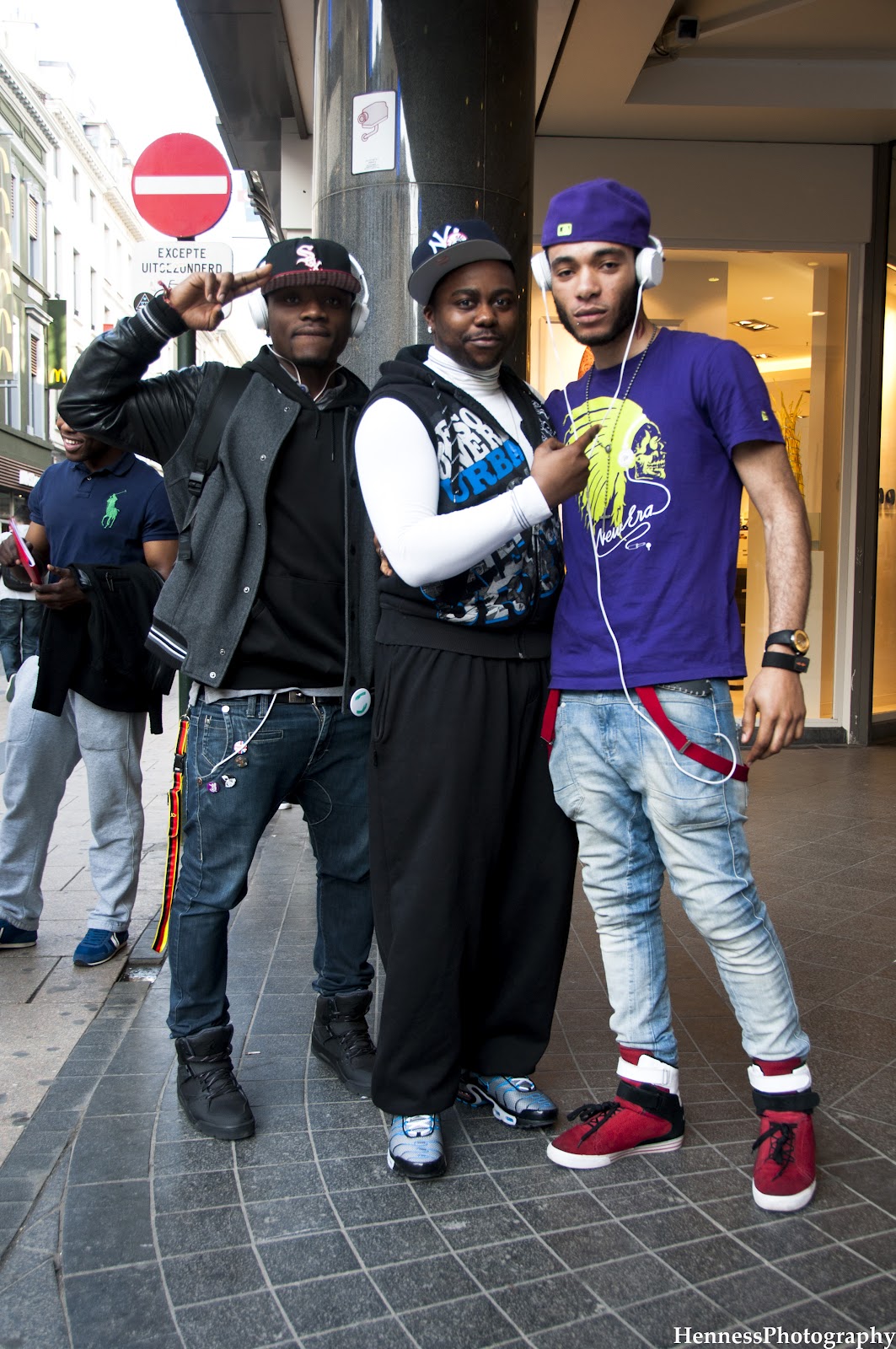 In the 19th century, the population in America was made up of vast ethnic and cultural groups. Of course, each culture had its own traditions and influences of clothing. Among these variants, they were defined by region class, age, wealth and profession. These existing groups of people were constantly being influenced by immigration into the New World. Mostly these integration’s came from Europe, which included Italians, Germans, Poles, Jews, Russians, Swedes, African and people of Irish decent. The Chinese took suit and followed behind, integrating more into these cultures. A new America was being born, and ideas that would spawn fashion into the next millennium. The Indians, who were forced into the Arctic regions to the southern tip of South America, were known for wearing ravishing magnificent dress, made from skin, furs and feathers. Western items of dress or decoration were often adopted, such as beads, coins, jackets and blankets. Often the Native Americans were forced to wear European clothes. This was street fashion back then.

Most of the European city dwellers wore the standard European fashions, while others wore clothes or fashion that was directly related to their nationality, religion or way of life. This was happening as the United States was on the verge of gaining independence. The settlers had moved West and into Canada. City clothing was rarely appropriate in the wide open spaces, where the only means of transportation was horseback. The workforce at that time had to wear clothing that was appropriate for a tough and active life.

The first African Americans in America didn’t come to the land in hopes of building a better life. They were bought to America against their will and sold as slaves during the days of the slave trade. These slaves were bought to South America, the Caribbean Islands and South America during the 1600’s. The African slaves were treated cruelly and forced to work on sugar or cotton plantations. They didn’t gain their freedom until the nineteenth century. Slavery ended in the British Caribbean in 1838, The United States in 1865, and Brazil in 1888. But it had not actually ended at that time. Even then, slavery was replaced by a poverty-stricken existence as sharecroppers, laborers or fisherman. In the United States, some African Americans made it out west and worked as cowboys. Although the African American fashions were mostly European, some of the African traditions managed to still survive, greatly influencing street fashion abroad.

The United States had a lot going on in the 19th century. This could be the reason that clothes in the countries largest states, such as New York City, Philadelphia, Boston or Washington didn’t look too different from what people were wearing in London, Paris or Berlin. An international style of dressing was becoming prevalent. Women’s fashions of the 1800’s were some of the most elegant. The women’s fashion was comfortable and natural looking. It was the most exotic and beautiful fashion that the century would see. Imagine straight-cut ankle-length dresses made of fine embroidered muslin or sturdy printed cottons. These dresses were high waist, with a ribbon below the bosom and short, puffed sleeves. Envision arm-length gloves which could be worn to an elegant ball or fur muff on a cold winter afternoon to keep your hands warm from the harsh winters. Women’s shoes were flat and dainty leather slippers.

Men’s street fashion started to evolve. Men stopped wearing knee-length breeches and stockings and started to wear long trousers. A gentleman would wear a high collared shirt with a stock wound around the neck, usually tied with a bow. It wouldn’t be hard to find an elegant colorful tailcoat, reaching the backs of the knees but cut to waist level at the front. Sometimes you would see a vest.

Let’s scavenge through the 1820’s and 30’s, when women skirts became increasingly full and enamored with with floral trimmings and bows. By the 1850’s, the style turned into full crinoline, wide bell-like skirts that were pushed out by hoops of steel and whalebone. The hair was elegantly pulled back from the face or even curled into tight ringlets. The lady would sometimes wear a parasol. By the 19th century, the northeast was the most urbanized part of the United States. The Northeast was a center for industry, business – and of course, fashion. The women of New York City wore the most elaborate finery, and exhibited the most glorious and fascinating fashions. Most of the religious groups chose to settle in regions such as Pennsylvania since the 1600’s where they dressed modestly. The Quakers and the Shakers admired simplicity and plain street clothing. they frowned on corsetry and gaudy clothing. The Amish observed an even more strict dress code.

Outside the cities, most people owned few clothes beyond their practical working outfits and their Sunday best. People in these times were thrifty, and they didn’t simply replaced torn or worn clothes as we do more frequently now. They would actually repeatedly repair and mend their clothing. Young girls learned the skills necessary to maintain their clothes, which started at a very early age.

Up until the late eighteenth century, it was the man who wore the most flamboyant of outfits. Contrary to now, the man’s wardrobe would be full of laces and bows as will as high heeled shoes with tiny buckles. As the country changed vastly, so did the clothes that people were wearing on the streets. Emphasis shifted to democracy and the ultimate perfection of the common man. Street fashion changed. It had become less ostentatious and pompous. The inauguration of Thomas Jefferson was quite different than George Washington. Both men were following the fashion of their era. 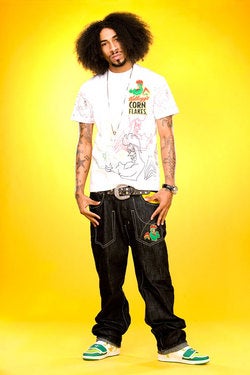 Clothing tells us a lot about ourselves and projects a vivid image of the types of personalities we posses. Street fashion is a highly visible medium of communication that carries detailed information about who we are, what we think about and what our dreams could be.While cultural pop icons and the economy provoke subtle changes in the clothes we wear, the purpose of street fashion has always been the same. Street fashion is a means of how we express ourselves to the rest of the world. Street fashion is us taking our image and appeal into our own hands. The purpose of street fashion never changes. Strike a pose and look ravishingly debonair. Everything that happens in the world influences how we dress on the streets and the common clothes that we wear. Fashion moves in cycles, like a wave that peaks and ebbs. The beautiful thing about fashion is that it always seems to return, in its revised edition.

With globalization of international brands, the entire concept of street fashion is constantly evolving. What is hot today may be not be so hot tomorrow. With such tools as television and the internet right at the tips of our fingers and on our cell phones, someone from America can see a nice outfit in Europe, and instantly make it apart of their street collection. Depending on the popularity or influence of the person wearing the trend, it could be a major fashion trend by the end of the week. No one wants to be left behind when it comes to fashion, so people are constantly alert for new fashion trends as they are born.

There are many factors that create the fashion shift in the USA. People’s way of lives are much more different now than in previous eras. For instance, many households have more than one income contributing to the debt that the family has obtained. The disposable income is vastly higher than it ever was. When nations become wealthier, they tend to spend more money. Wealth also creates a sea of special occasions which increase the need to spend more money on outfits that could be worn only once. Today is different from the times of yesterday. For instance, in my lifetime I have several female managers. Women have invaded the workforce and they maintain high positions and many are even starting to make more money than their male counterparts. And everyone knows how much women like to shop for clothes. Finally, Americans have become more fashionably conscious than ever before. Street fashion rules. There are no rules to wearing street fashion. People simply dress how they want without worrying about how they might be perceived. If something is in style, people can choose to wear the total opposite and not be condemned for it. At best, they will be judged about their fashion statement and that’s where the ball stops.