“F_ck all this beefing with street niggas. We need to go ahead and get at the government son!” Prodigy from Mobb Deep was about to change his entire rap career around before he died, from his own words. Prodigy exclaims that he coined himself a conscious rapper back in 96. He expressed that he had desired to share useful information to his listeners. This was a hard decision for him because he didn’t want to give up his street credit. He pointed out that conscious rappers that are known for presenting useful and positive information like KRS One, Mos Def, and others are not embraced as much in the hood. They don’t sell albums because their listeners tend to reject useful information.

“Go to the hood and ask anyone the last time they purchased a KRS One album,” said Prodigy. He basically didn’t want to lose touch with his bread and butter, which were the fans from the hood who embraced his more ruthless lyrics.

Prodigy made the decision that he wanted to share information he knew about the Illuminati and government before he passed. It was a career changing decision for the newly conscious rapper. “I’ve thought about it and if you don’t want to hear the truth then you are f___ing stupid!” He was talking to his fans that embrace gangster rap. At the end, Prodigy said he was willing to sacrifice his fan base to uplift the fans who would tune in. Prodigy explains that before he was afraid to express himself because he knew he would be targeted, but wasn’t afraid to speak up now.

“I have sickle cell and people with sickle cell have a short life span so I have no fear of losing my life.“

He was also very concerned with losing touch with his fans. He further explains that other known rappers from G Unit also want to pump out more conscious lyrics but they are seemingly afraid that their music will not be embraced as much by the fans. This says a lot about the majority of fans who listen to rap music. It makes the statement that our youth and even adults are so lost that they will reject useful information and embrace information that is destructive to their very own survival.

“Now I’m on some new shit,” says Prodigy. “Now I don’t give a f_ck how you feel. Now I’m just expressing myself to the fullest. I’m a changed person. I changed back in 2000 man.”

That’s when the “Shook Ones” rapper, said he made his transition. “Now I’m exposing everyone. I don’t give a f_ck no more!” He also brings up that the police of NYPD tried to set up 50 Cent.

Prodigy said it was the very hood he was afraid of, that would shun him if he spoke out; were pleading with him to rap more consciously, saying, “we need that in the hood.” He said some of his fans had been telling him that since ’97.

Prodigy says that his peeps from the hood who live the wildest lifestyles such as shooting guns, selling drugs and living a gangster life wanted him to speak out about “real sh_t!” Prodigy said he was starting an army and everyone was invited as long as they were positive people.

Prodigy said, “The government had something to do with Biggie too, and then they tried to make it look like a rap war. Yo, if Pac was still alive, we would be on the same team!” Prodigy was a victim of a popular diss’ track penned by Tupac; a song dissing a load of East Coast rappers. The intrepid even mentioned that these government entities are messing with our food and briefly talked about the Food & Drug Administration (FDA).

“This is the shit I should have been on back in the 90’s. Back then I couldn’t articulate myself the right way, and now I can.” 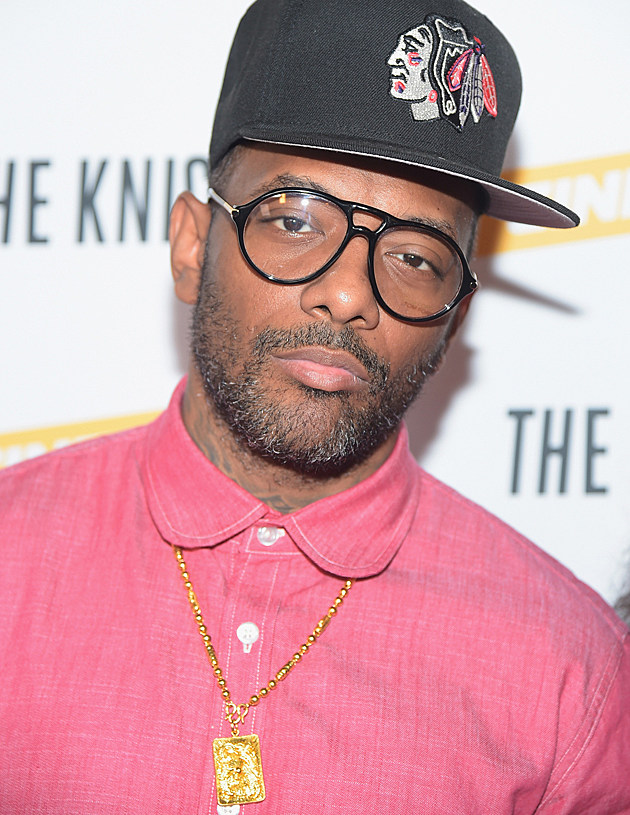 Prodigy said the mass media has made tons of movies throughout the years about snitches because they want Black people to snitch on each other. Mobb Deep said he will play the snitch game, but how he wants to. He said he will snitch on the government, illuminati, the military, crooked police officers, etc. Prodigy said,  “I ain’t snitching on my brothers in the street.”

It’s as if the ghetto was craving a superhero; someone to guide them and lay a foundation of how they could uplift themselves. The very people he knew that were “living foul” wanted a savior. Prodigy was determined to be that savior for his people. He mentioned that he wanted to emulate people like Malcolm X, saying that he was “a powerful negus with millions of fans” who would listen to him and embrace his truth. He also exclaimed, “Pac was a powerful negus too. Why you think they murdered that negus!“ Prodigy said that Tupac didn’t die as a result from an impending rap beef between East and West Cost. In reality, Black people embrace Black people no matter where they are from. “The government murdered that negus.”