by nubianpride
in Africa, History, Slavery
0

Queen Nzinga was a fearless warrior and rebel of Angola and Matamba who fought against the whites enslaving her people. She fought until her death and she is a great symbol of the passion of our people and how Africans fought against slavery.

The European slave trade in Africa, begun in the early 1500’s. African leaders became alarmed at the number of African seized by European slave traders. Queen Nzinga was the ruler of kingdom Ndongo in Angola. She was one of the many African rulers who fiercely resisted which was mainly due to reports of the terrible conditions in which the slaves were shipped to Africa. This period marked the emergence of a new type of slavery in which Africans were clueless about. Still, the strong states managed to prosper. Among them were the growing Yoruba empire of Oyo in Nigeria. This is where the Dutch began settlement at the southern tip of Africa which was growing rapidly. 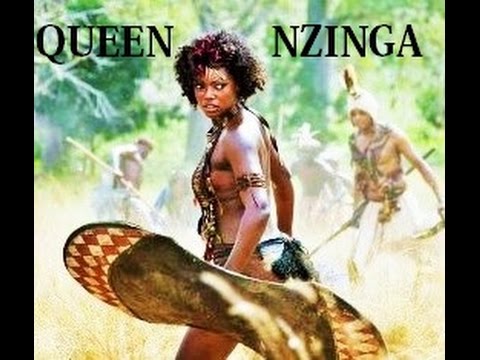 In 1623, the king of the Ndongo kingdom in Angola died and the following year his sister, Nzinga became queen. She resisted the slave trade with all her power. This caused war with the Portuguese because she refused to supply as many slaves that they desired to ship to other colonies of Brazil. She managed to make alliances with neighboring states in Africa that were also trying to resist the slave. But the Portuguese managed to force her out of Ndongo. Once they accomplished that, she took over the neighboring kingdom of Matamba and fought on.

During her resistance, Nzinga even tried to reason with the Portuguese monsters and during her plea they decided that even though she was a queen, she wasn’t fit to sit in a chair. One of her attendants noticed this firm level of disrespect and bent down so she could use him as her seat. The Portuguese were mad with taking African slaves and many African kingdoms all over Africa were raided for slaves.

Queen Nzinga fought for her people and like many other African nations, she lost the fight against slavery, but her efforts and loyalty to her people must be remembered and live on. It must be known that Africa didn’t willingly give away slaves to endure the pathetic and terrible circumstances of slavery. But most African nations opposed it in every way and have even died to prevent slavery.

Queen Nzinga who fought for her people and died in 1663, Matamba was still an independent nation.