Fathers Rights have to mean something right? Even if the dads are not married. I mean, why do women get all the rights when it comes to children? It’s not fair. These days, father’s are more involved in their children’s lives than ever and in some cases they are better parents than the mothers ever could be. Yet, when it comes to father’s rights, it just seems like they get the shady deal. 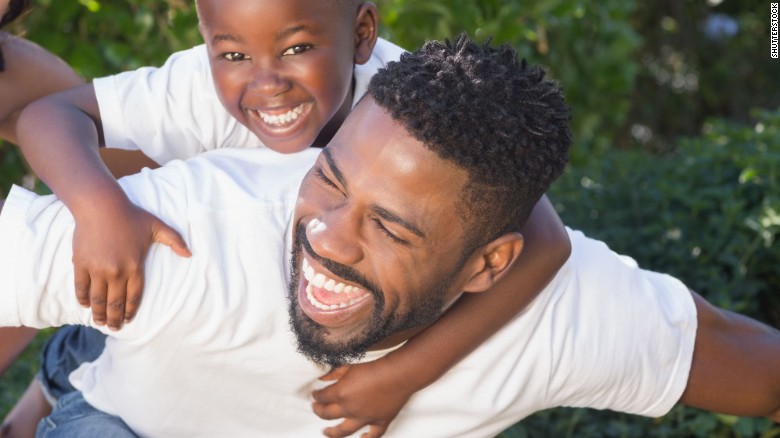 Let’s face it. The child didn’t ask to be born, but that child was created by the act of two individuals. To deprive a child of the fathers rights is barbaric and how could you actually live with yourself if you do? Do you think fathers rights are important?

When a child is born during a marriage, the husband is presumed to be the father of the child. If the parents were never married, the mother has sole legal and physical custody until a court order says differently. An unmarried father has no legal rights to custody or visitation of the child.

In a day and age when so many black fathers are not married to the child’s mother, it becomes increasingly important to address unmarried father’s rights concerning black parenthood dynamics.

But when it comes to unmarried father rights, especially for black fathers, there seems to be a great deal of confusion. One of the things about unmarried father’s rights has to do with the fact that most people believe it is not common for a black father to stick around or express love towards their children. When black father’s do try to hang in there, they face many obstacles.

Among the obstacles that unmarried black dad’s face is the stereotypical belief that they don’t or are not as capable of loving their offspring as people of other descents. Though this couldn’t be any more untruthful, it raises questions about how people deal with unmarried black father’s. Black father’s are not expected to be attentive towards their children, so in many cases, when black fathers are attentive and play any type of fatherly role in their child’s life, they are often vilified as if they have unnatural intentions towards their offspring. Such perspectives can greatly add to the role that black father’s should be playing in their child’s life. These men already have to deal with the psychological dismay of being black in the first place and in too many cases, dealing with black women who have selfishly made these black father’s the enemy.

As a result of this negative behavior towards black dad’s, the relationship between father and son becomes greatly affected. Too often, this is to the demise of the offspring. Black mother’s who instigate conflict between father and son are, at best, overly selfish. Their failed attempts to be viewed as the child’s supermom or savior are met with great confusion, as the child who suffers between such conflict, develops a paralyzing view of black fatherhood that most often will be carried down the family dynamics.

Black mother’s who do not support a healthy relationship between father and child are guilty of consciously devouring the construct of the black family. Any mother who does this should be shameful. It perpetuates a stereotypical and damaging relationship that constitutes the fabric of black fatherhood. Simply, black mothers need to learn how to be better mother’s. Part of being a good mom means that she is willing to put her personal emotional state behind and willingly make sure she does whatever is necessary to strengthen the bond between father and son at all costs. Black mother’s who don’t ensure this healthy relationship are at fault, which proves a different psychological dynamic of the negative social construct of the black family, which is, too many black mother’s have no idea of how to be good mothers. Notice that I didn’t say all black mothers. There are many real good black mother’s out their who sacrifice their entire lives to make sure that their children are okay.

Nevertheless, there are far too many black mother’s who feel that black father’s are not a necessary part of the construct of black families. Where did we go and why do so many black mother’s have the misconstrued ideology that “I can do it by myself,” and the all too famous, “I don’t need no man to raise my child!” In today’s society, we have already seen the vast negative effects of such childlike thinking and the predicament today’s black youth are in is testimony that Black mother’s need black father’s.

Sure there are frequent cases of black mother’s who raise a child by themselves and the child happens to turn out okay. But we know that this is not the norm and even when the child (in fewer cases) does become successful, they are still stained with a negative viewpoint of black fatherhood, and perhaps, by not having a father present in their lives, they are not able to pass down positive experiences of black fatherhood and repeat a devastating cycle of the relationship between black father and black child. So who loses when this happens? The answer is simple… black children lose out.

Once you think about it, if a black child grows up with a healthy relationship with his dad, he becomes well suited to be a better father himself someday. The ability to do this is greatly lessened when no black father is present in that child’s life, or if the relationship between son and dad becomes damaged in some way. I pity any child anywhere who holds a grudge against their father, especially if the father happened to be present during the child’s youth. What is important and should be clear to black mother’s is that these children deserve and should have relationships with their biological father’s if that is at all possible. Such positive relationships will decrease homosexuality, crime, drug use, and the many problems that continue to perpetuate circumstances which will often lead black children down a dark and hopeless path of anger, frustration and confusion.

Black dad’s have the right to be father’s and to be present in their child’s life. The black mother has to realize that if she has made a mistake and ended up with a poor choice dad for her child, it is still her responsibility to ensure that the connection between father and child is somehow existent in any way that it can be. To combat this reasonable train of thought is only at the demise of the child who will grow up confused and scarred. Black women as a whole need to wake and realize the importance of black fatherhood and the role that black men must be accountable to play in the child’s life. This role is more important than financial compensation the parent wishes to gain for being a parent. The only reward that should be expected of being a parent for anyone is that their child grows up into a responsible adult who has experienced the best life possible for that child to experience. A child who is deprived of their father, will not experience the best possible life. The only excuse in this case is a dad that will lead the child down a negative path, which raises another problem, which is the terrible decision process involved in selecting mates and fathers for their children. In every scenario possible, the black woman is to blame when things go awry. Knowing that this is a fundamental part of being with anyone and having children, should make the black mother a more selective individual when it comes to parenthood and having children.