by nubianpride
in Celeb Gossip
4

“I refused to be a slave to the majors. I owned all my music and publishing. After Sam Cooke I was the most successful independent black artist in modern history. They will tell you that I dead of the flu but they really killed me for advising other top artists to follow my example. Call me feminine all you want but I was more gangsta with control of my music than any other rapper you can name! Ryde or die.” 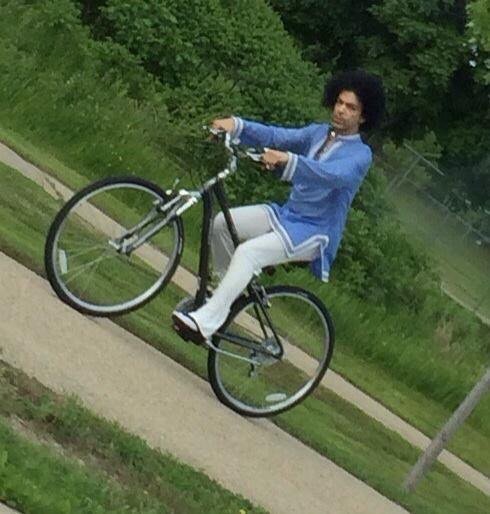 The transcription of the 911 call that proclaimed Prince was dead has become seriously questionable. The mysterious caller who found Prince not breathing in an elevator said some guy was unconscious. “Some guy?” He just happened to be at Prince’s home in Paisley Park and with him on the elevator to report the musician was dead. Throughout the phone call he refers to the iconic Prince as “some guy.” The dispatcher asks who he was with and he said he was with Prince. So he knew who the dead man was.. why did he keep referring to him as some guy? As if he was being purposely disrespectful while reporting the icon’s death, as if not to make him a big deal.

The phone call is bizarre. To add more fire to the fuel, the caller has not been identified at all. Also, the transcript from the bogus 911 call was released, but they are failing to release the actual call that took place. As if they are covering up something that was not well planned. The unidentified mysterious caller made the call at 9:43 AM. At 10:07 AM, Prince was actually declared dead. Also, sources are reporting that Prince may have died from a drug overdose. Earlier this month, Prince was rushed to the emergency room due to having flu symptoms. Meme’s went around the internet claiming that Prince had died. The artist declared that this was said prematurely, as if “they are right, but I am not dead yet.”

Prince was vocal about Black Lives Matter and recently he went from wearing his wear in a traditional Afro style and more vocal about him being black, as in the past, it was assumed by some that he was not black. But Prince was more than a musician. He was an activist and he has changed music and added his own style.

Also, you have to remember that Prince now owns the rights to music he recorded on Warner Bros. After years of disputes and battles with the record label, he finally owns his own music. Among the songs Prince got ownership of, where hits such as Purple Rain, 1999 and even Diamonds and Pearls. The financial terms were not disclosed. Prince, 55, said in a statement that he’s “pleased with the results of the negotiations” and looks “forward to a fruitful working relationship.” A short time later, Prince is dead.

Prince vowed to rerecord the 17 albums he released on the label and sell them on his own. Recently, Prince was seen riding his bike, hosting a party and visiting a local record store and jazz club. Despite his enigmatic reputation, he was a familiar presence around Minneapolis. So many are still surprised and hit by surprise at his sudden death.

A week ago, Prince was healthy enough to give what would be his final public performance.

Whatever the facts are surrounding Prince’s death, they are suspect and as usual, they will hide the truth.

Vicious Attacks Against The Beautiful Serena Williams – She’s Not A Man!

Sistah Souljah Tells It Like It Is – Powerful!!! (Why Black People Fail)

Modern Egyptians do not descend from Ancient Egyptians