Even the bigoted Donald Trump notices how the Indians have changed in appearance; and there is a reason for this change.  When the American land was first settled, white people wanted to give the illusion that they were doing the right thing to be perceived as the good guys.  They sure were not going to be giving the land they stole back to the rightful owners.  Instead, they paid atonement to the Native Americans.  At least, this is what they wanted the rest of the world to perceive.  However, due to the fact that the people called Indians were mostly dark, there was going to be a huge problem giving them their atonement, so they devised a much more ruthless plan.

The American government conspired to pay white people to become Indians so they could receive free benefits and monetary recompense.  Since they had no plans of compensating the real Native Americans, a new culture was invented called $5 dollar Indians. They would assume the identity and culture of the true Native Americans and be given compensation for taking land from the Indians. On paper it would look amazing how sympathetic and understanding white people were to darker races.

Many of the true native Americans were sold into slavery and never got any atonement.  Reparations were given to white people who were paid five dollars to take advantage of more benefits that they were giving away, to… themselves.  The Native Americans of today look nothing like the true Native Americans or, the Indian people.  It’s almost deceptively funny when you see white people who claim Native American ancestry.  Yet this is another deceptive act of white people, one they have never fully admitted.  So actually, Donald Trump goes against the grain by pointing this out, without even realising the inadvertent admittance.

In the age of information, we can be certain of one thing, the Native Americans look nothing like they did when the white man first arrived and started killing them off.  Another thing which is also spectacularly amazing; We know that Africa goes right through the center of America, which we can prove by studying the soil.  We know that the two lands were once connected, which means, there was a time when Africans could literally walk over to America. 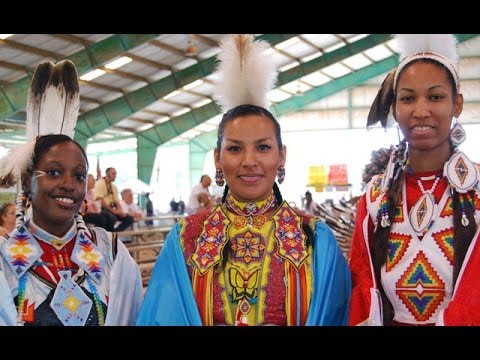 It can be said the Asians who claim America was there home are liars or just fed lies and believe the lies.  The true Native American people were Black with African Afro hair, not the straight stringy hair that is typical of the Indians who are from India.  Once again our history has been corrupted and stolen from Nubian people who were first everywhere on the entire planet.