by nubianpride
in History, Slavery
4

Think of a child in the third grade that says, “Eeeew! You can’t play with me. Cause you got the cooties!” That’s essentially the same thinking process that births and has birthed countless stereotypes, such as stereotyping black people about fried chicken and watermelon. Fried chicken is very tasty. Fast food chicken chains could not survive if they only served black people. It’s preposterous that a food would be used to insult black people. Also, watermelon is a delicious fruit enjoyed by people of all cultures all over the planet. Not just black people eat watermelon. So how did these foods come to be associated with black people? 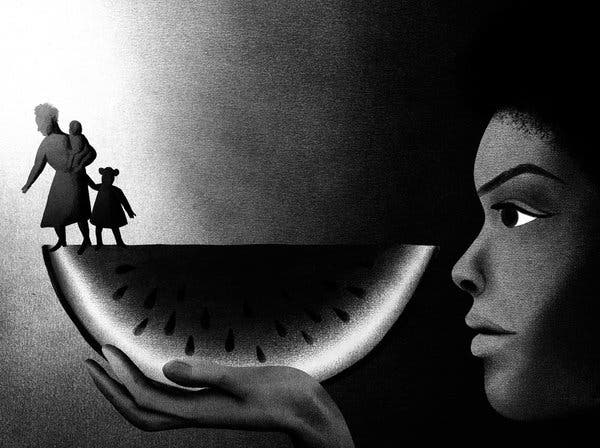 The hidden meaning behind fried chicken actually doesn’t come from the food itself. It’s the cognitive association that developed in a 1915 film called Birth of A Nation, on the founding of the Klu Klux Klan, according to Claire Schmidt at the University of Missouri.

[A] group of actors portraying shiftless black elected officials acting rowdy and crudely in a legislative hall. (The message to the audience: These are the dangers of letting blacks vote.) Some of the legislators are shown drinking. Others had their feet kicked up on their desks. And one of them was very ostentatiously eating fried chicken.

It was the perfect food to associate with black people. Fried chicken is a food we primarily eat with our hands. That makes it a messy food to eat. When people think of fried chicken, they may think of making a mess or having to clean yourself once you are finished eating. So associating black people with fried chicken, brands an image of black people being dirty and unclean. It’s also an easy food to prepare. That is the part of associating fried chicken and laziness.  Also, chicken is one of the cheaper meats. During slavery, it was easy for the slave handler to feed the slaves chicken and also cheap.

“How it’s possible to be both a taboo and a corporate mainstream thing just shows how complicated racism in America is.” Like watermelon, that other food that’s been a mainstay in racist depictions of blacks, chicken was also a good vehicle for racism because of the way people eat it. (According to government stats, blacks are underrepresented among watermelon consumers.) “It’s a food you eat with your hands, and therefore it’s dirty. Table manners are a way of determining who is worthy of respect or not.” 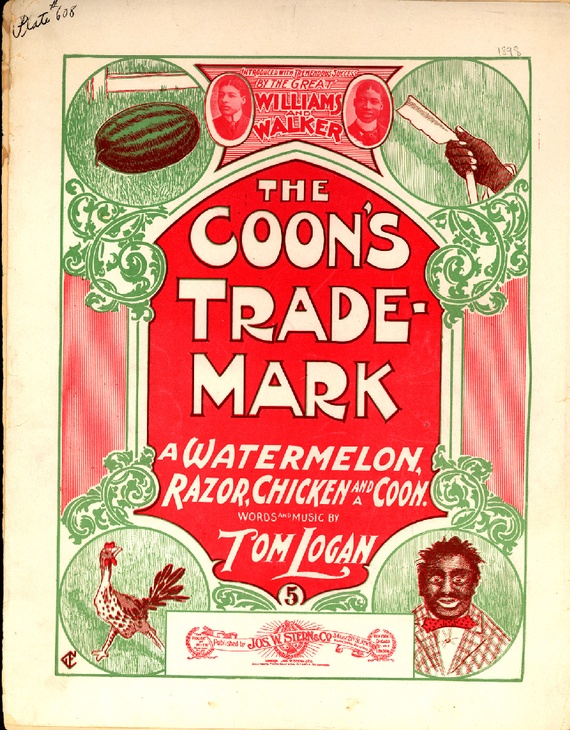 Why Watermelon Is Racist

Watermelon has an even deeper and more sadistic history than fried chicken when it comes to racial stereotypes. Watermelon once had a positive association with African Americans during the inception of our freedom. It was politics that birthed the stereotypical association of the food. Free black people grew, ate and sold watermelons. This was fruit became the symbol of our ancestors freedom. Even before our people were free, that was a fruit that white slave drivers would let slaves sell. The fruit also remarkably has the colors: black, red and green. These are also the colors of the African flag and the colors have very deep meaning.

Since the fruit was a monetary symbol and a symbol of pride for blacks after slavery, whites became threatened by this new found independence of the blacks. They responded by making watermelon the new symbol for perceived uncleanliness, laziness, childishness and unwanted public presence. The new dirty meaning became so popular in the 19th century, that the historical origin of why watermelon was so special to blacks was forgotten.  You see, black people had a symbol and found something that meant something in America. It had to be torn down. It was unacceptable for black people to have a symbol of anything that wasn’t negative. This new symbol which was becoming a new spread ideal had to perish. Black people couldn’t be thought of in a positive way. That’s not how you oppress an entire race of people. Tear down every accomplishment and replace it with something negative. Maybe not so clever, but actually, quite effective. 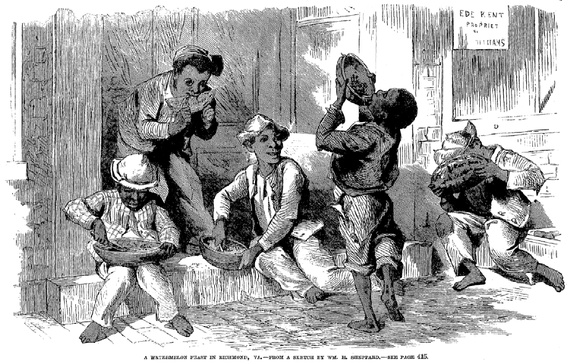 There was a slave named Israel Campbell who would slip a watermelon into the bottom of his cotton basket when he fell short of his daily quota, who would then retrieve the watermelon at the end of the day and feast on it. He taught the trick to another slaved who was often whipped for not reaching his quota, and soon the trick spread. When the year’s cotton had fallen a few bales short of what the slave driver had figured, it was simply a “mystery.”

Southern whites saw their slaves enjoyment of watermelon as benevolence. Their was a special code of behavior established by white people. The slaves had to run to get their slice of watermelon, like children. However, Henry Barnes refused to run, and once he retrieved his watermelon he would eat it out of the sight of white people.  His mother beat him for being stubborn but he stood his ground.

Newspapers like The Times and Washington Post made fun of black people eating watermelons and fried chicken. They sold post cards that mocked and ridiculed black people and the stereotype became taboo and stayed throughout history, which is a great sign that though things seem to change, they really don’t change much at all. 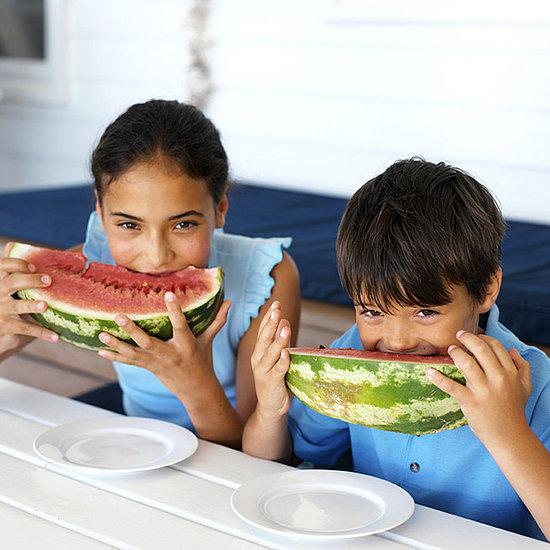