by nubianpride
in Black Voices, Technology
0

Why Black People Have Not Chosen Career Paths in Technology 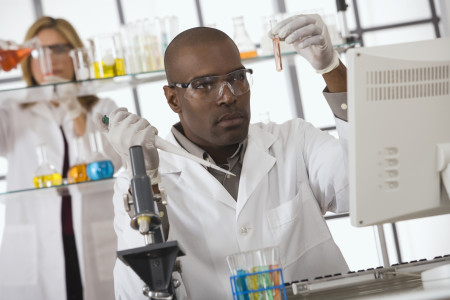 The reason you don’t find many black people choosing career paths in technology has nothing to do with black people not wanting to be technologically advanced. The story is far more sinister. You see, during the colonial and reconstruction period, Africans have always had a deep interest in technology and the sciences. However, when black people became technologically advanced, it went against everything that white supremacy stood for.
Black college graduates had it the hardest after their schooling. All a degree in advanced sciences would earn a person of African descent was no job opportunities to prove themselves. You see, white people claimed that black people were inferior, intellectually, than they were. White supremacists claimed that black people were unable to advance in the science field. However, whenever we proved we could be even better in the sciences, they made an appoint to – not reward us, but punish us for our triumph. Young black college graduates were not allowed to compete with their white counterparts on an equal basis. Math, science and engineering graduates had it the hardest. White owned businesses denied black scientists and engineers jobs on a frequent basis, regardless of their education and experience. Their employment opportunities were limited to African American institutions.
This didn’t stop all black people from giving up their dreams to become scientists, but it did mean that less black people would pursue careers in the sciences. Young black students began avoiding advanced science and math degrees, even though they were quite capable. The career opportunities just weren’t available to them.

White people used lack of participation by blacks to perpetuate an inferiority myth about black people. This myth would survive until now. We must not forget about our ancestors who somehow still managed to beat the odds and become remembered for their great contributions to the sciences. Many will unfortunately never know about our forgotten black scientists and pioneers in technology because credit has either been giving to white people or no records were kept about the black pioneers.

Much of what we know about early black scientists comes from the work and research of WEB Du Bois and the historian, Dr Carter G Woodson. They have manage to reconstruct African American successes that have been deliberately with held and excluded from mainstream history. If these scholars had not researched and saved these stories, then their achievements would have been lost forever! In their efforts and success, they have challenged and inspired all of us black people to reach for the stars and achieve the unbelievable. They are testimony to the greatness that lies in our heritage, race and culture in science and technology.